This is my first stab at the WordPress weekly photo challenge and plan to make it a regular occurrence.

I took the photo of this proud African Buffalo in the Kruger National Park. Perched on it’s face is a Red-billed Oxpecker also known by its less romantic name Tickbird. These mammals theoretically benefit from the  birds as they remove the disease bearing ticks and it is therefore mutual beneficial symbiotic relationship.

The photo underneath shows that in doing so it certainly causes the buffalo distress and in the third photo the Oxpecker is proclaiming: I am the boss; I am doing this on my terms!

Studies show that the Oxpecker may rather be a vampire than a helpful friend as it is: ”poor at tick control, great at keeping your wounds open”. But nobody has told the mammals of Africa as they endure this partnership willfully.

For photos about other animals taken in the Kruger National Park go to my blog Close encounters of the Kruger kind where you will find a link (described in English) to close up photos like these of of lion, rhinoceros and elephant to name a few. 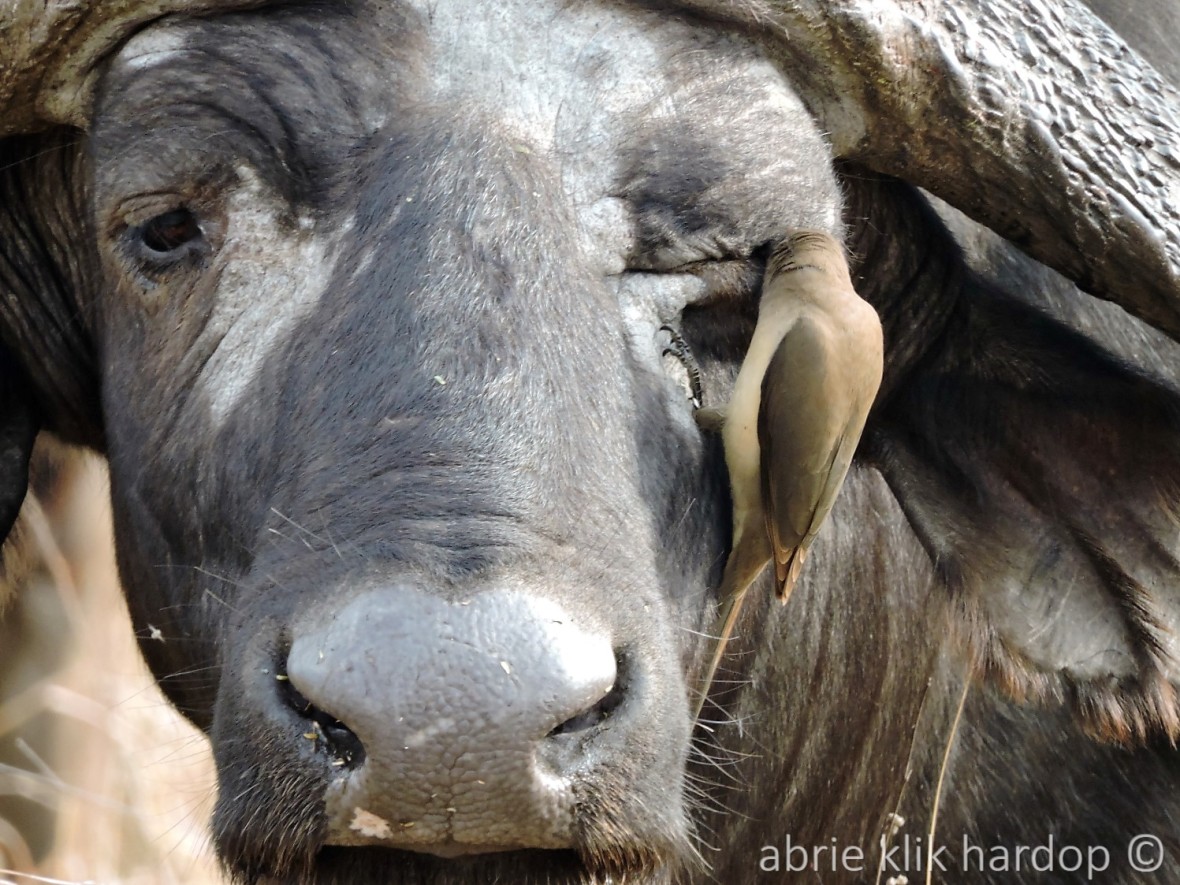 I blog in Afrikaans, but is certainly prepared to communicate with you in English. The site’s name Abrie dink hardop means Abrie (being my name) thinks aloud and I brand the photos as Abrie clicks aloud (the button of the camera), a wordplay more suitable in Afrikaans.

37 thoughts on “An inconvenient partnership”