This time round the theme of the weekly photo challenge being details, it took me quite a while to decide which photos to use. I shortlisted various macro and macroish photos. In the end in trying to stay with my own theme of featuring iconic South African places I decided to use these photos (despite having used them in a previous Afrikaans post – I plead forgiveness to those who follow my posts, however the 3rd photo I haven’t included previously).

The farm is close to Sutherland and Sutherland is the coldest place in South Africa.  It does not have a consistent snow covering. At the moment despite being the middle of winter there is no snow in Sutherland, but it is consistently cold (in the sunny South African and African context). 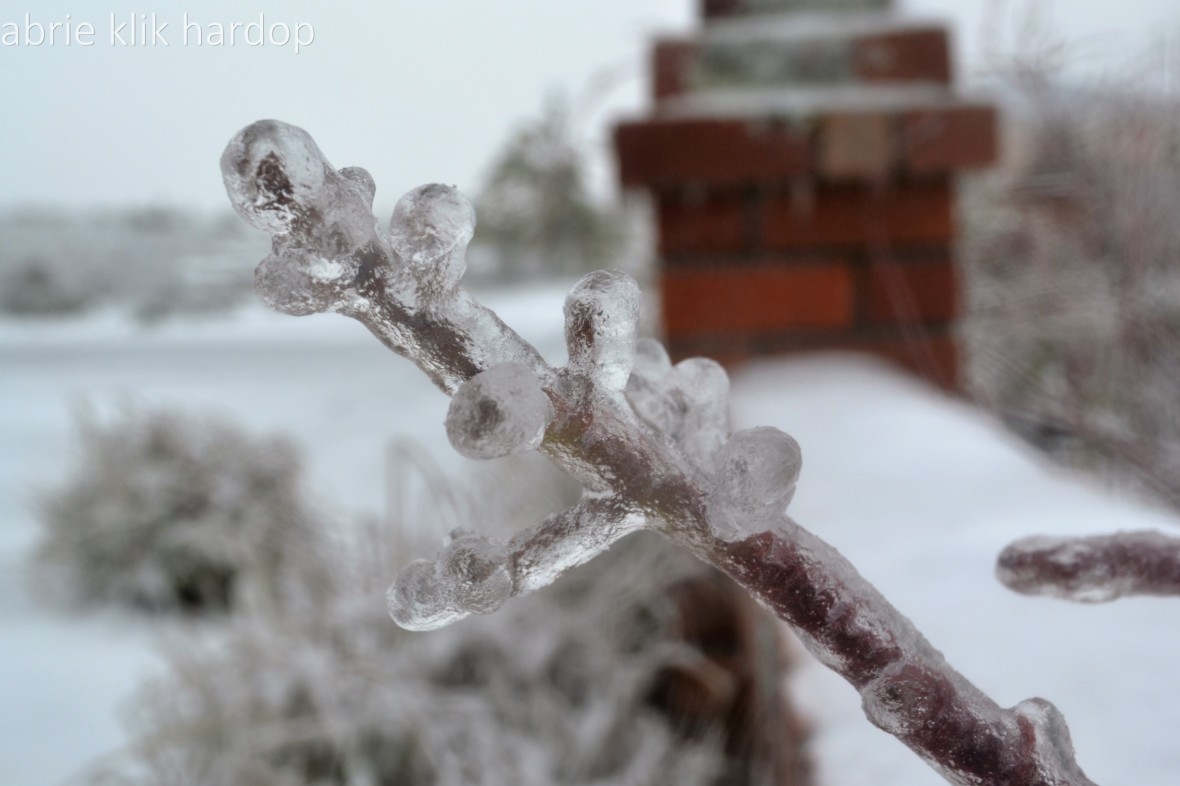 In the photo above a frozen twig with numerous ice protrusions can be seen. It is not so clear in this photo but these protrusions point in the direction of which the wind is blowing – it only takes a very small eye on the wood to cause an ice lump. Underneath this detail (get it…) is very clear. There is very little or no ice on the twig form where the wind is blowing, but the ice protrusions/lumps is much thicker than the thickness of the twig itself. If you stay in a cold climate this may be boring or obvious but for me it was quite fascinating. 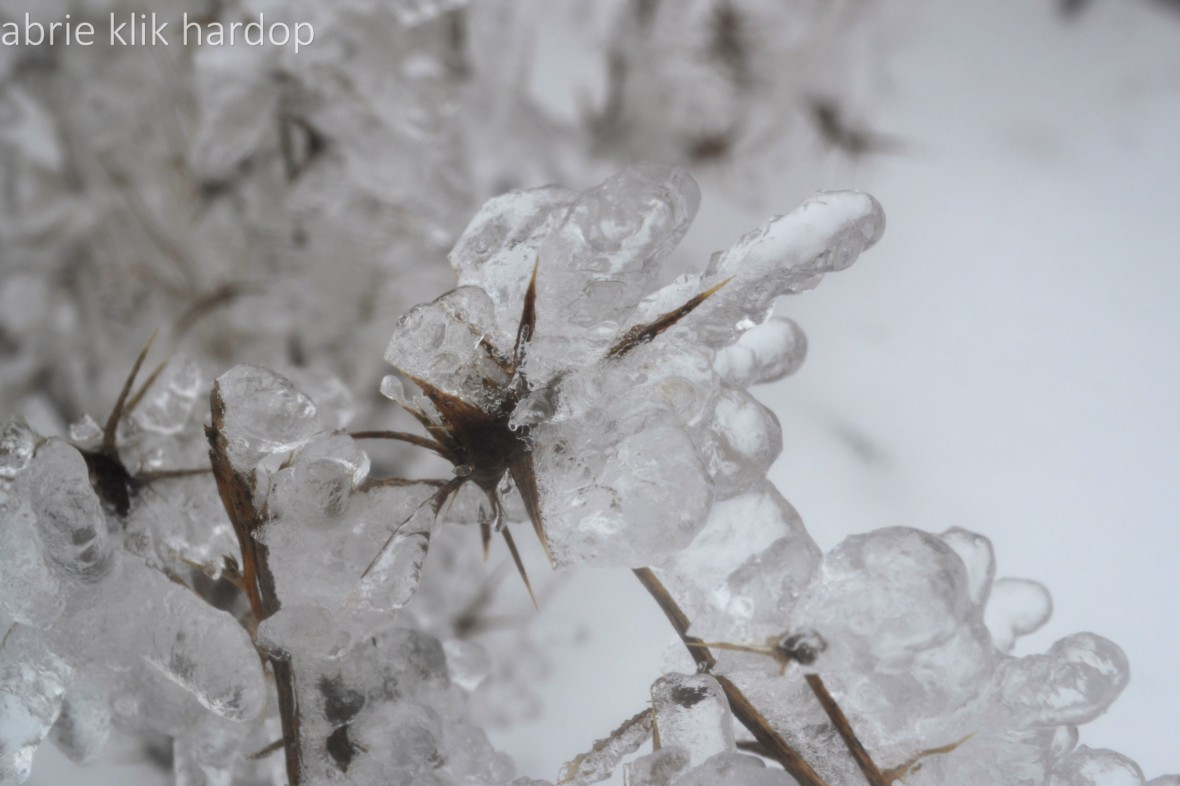 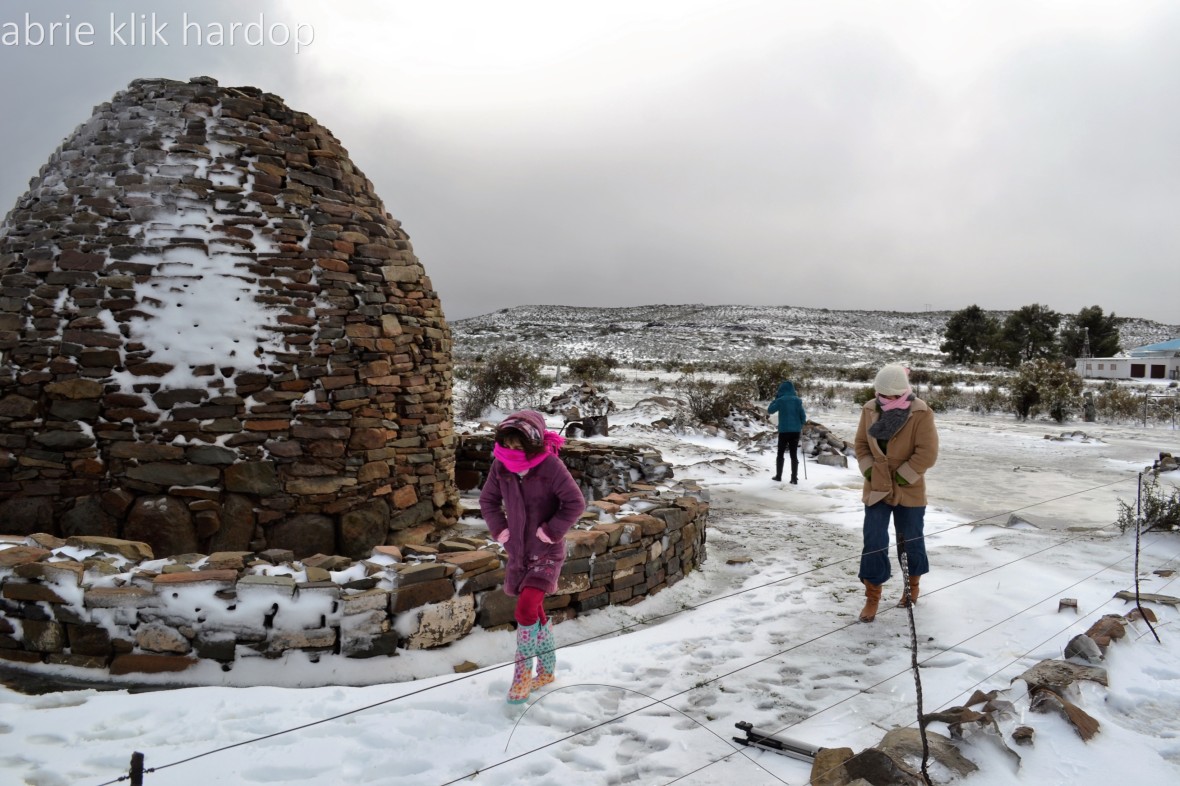 This photo captures the emotion of experiencing cold in detail. What is Sutherland by any other name – still cold! My wife and children still recall the experience (but not the cold) with fondness. The stone building resembling an igloo was the original dwelling of the farmer build around 1780. It is still standing without having been renovated!

27 thoughts on “a study in ice and snow”