We were doing a day hike from Constantianek in Cape Town (i.e starting at the foot of Table Mountain) but hiking away from it to Kalk Bay, over Vlaeberg (Flag Mountain) part of a series of mountains where hunderds of years ago flags were used to signal arrival of enemy ships accross the Peninsula. In the process we hiked past (and some swam) in the Silvermine Reservoir on route to exploring the Boomslang (Tree snake) cave. You enter the cave on one side of a mountain and exit on the other side! I led the group despite only having done this hike 18 years before and at places we had to reroute our steps (which actually contributed to the adventure).

I can show you a variety of photos which qualify for the Weekly photo challenge as indeed the entire hike was a cherry on top experience being the theme this time round. From a photography perspective I settled on the Chacma baboon sitting on top of a branch with the backdrop of the Constantia mountains. Seen in isolation you may think that you are isolated and hundreds of kilometers from modern life as we know it (in the middle of Africa as it were). However underneath the Chacma baboon is photographed from a different angle but on the same burnt out branch.  Instantly you are teleported back to Cape Town with the  Southern Suburbs (Steenberg Estate, Tokai) in the backround, the closest dwelling less than 200 meters from the baboon. 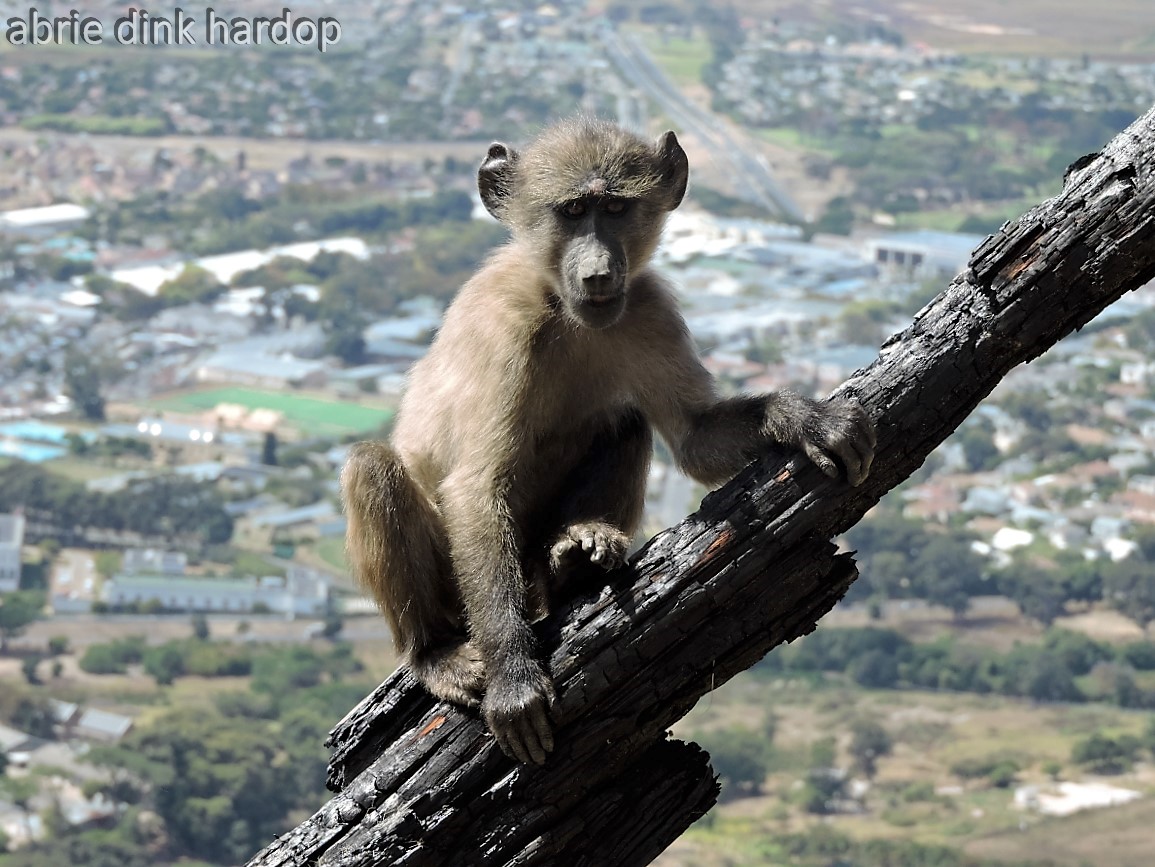 And for good measure I throw in a photo of the hiking party. On the left of the picture are 2 tall guys, one in length and one in stature…

Links to my other contributions for weekly challenge.

An inconvenient partnership  (Buffalo and Tickbird)