The overused and over quoted words of Juliet (to which I am also falling victim now…) are quite applicable to the town situated one and a half kilometer from this cave. Waenhuiskrans is an Afrikaans name of Dutch origin meaning “Wagon house cliff” so called because the cave is big enough for an ox-wagon with a team of oxen to turn around and thus became  known as Waenhuiskrans cave. In 1815 the Arniston, was rounding the Cape in convoy on a journey to repatriate wounded English soldiers from Ceylon (now known as Sri Lanka), but the ship veered of course and sank close the cave.  Due to this incident people started referring to the town where the Arniston sank and both names are in use till this day. This dualism is found in the Western Cape province of South Africa.

The first 3 photos show the cave from the front and inside of the cave. The 4th photo (my favourite), I took in the vicinity of but not inside the cave (so go and search for that view!). The 5th photo shows the scale of the cave and the last photo the descent to access the cave. 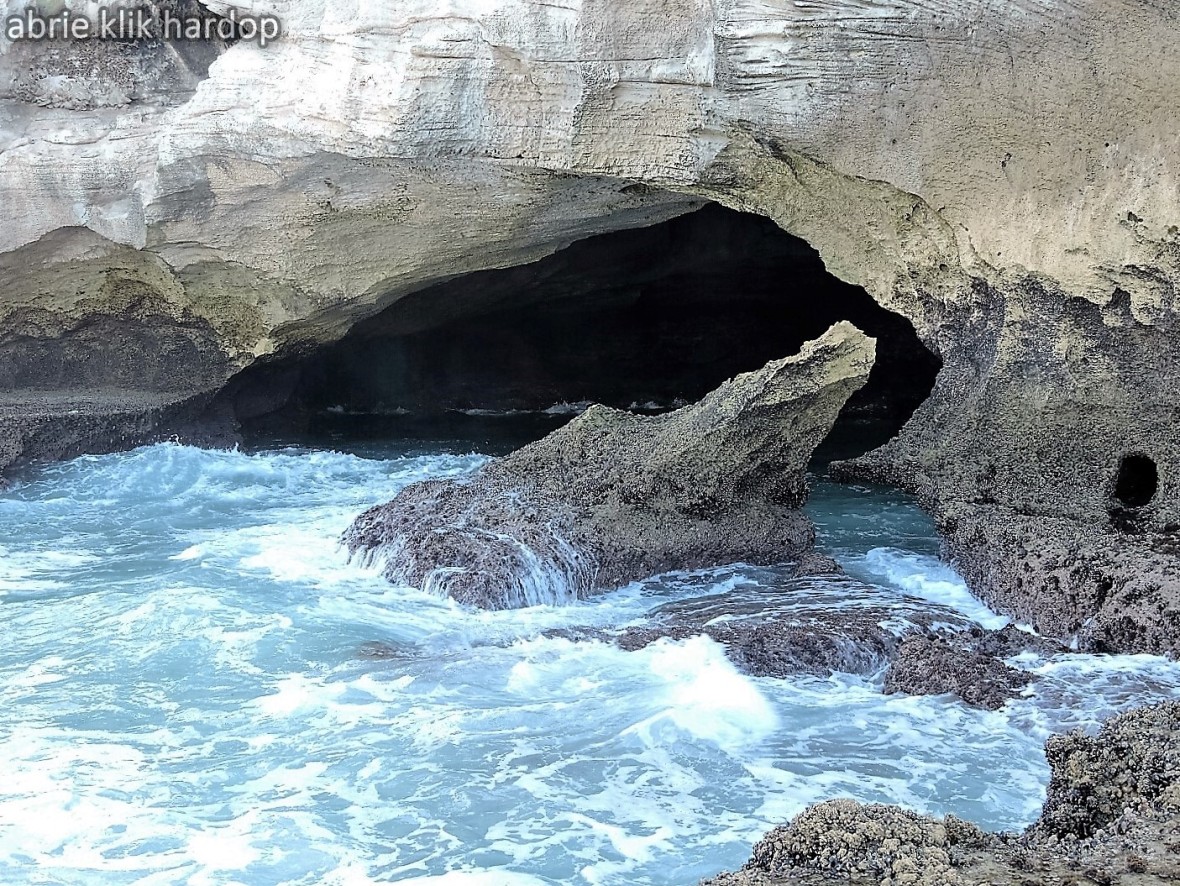 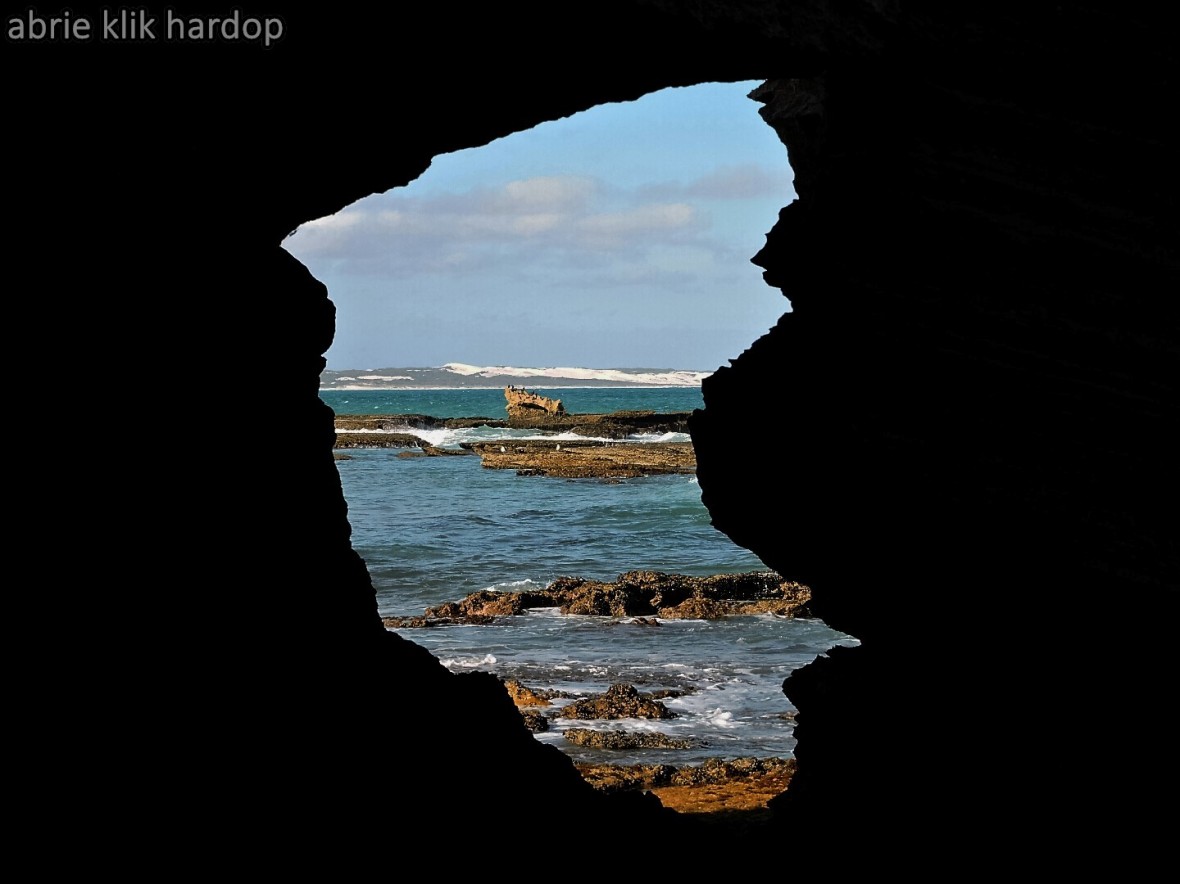 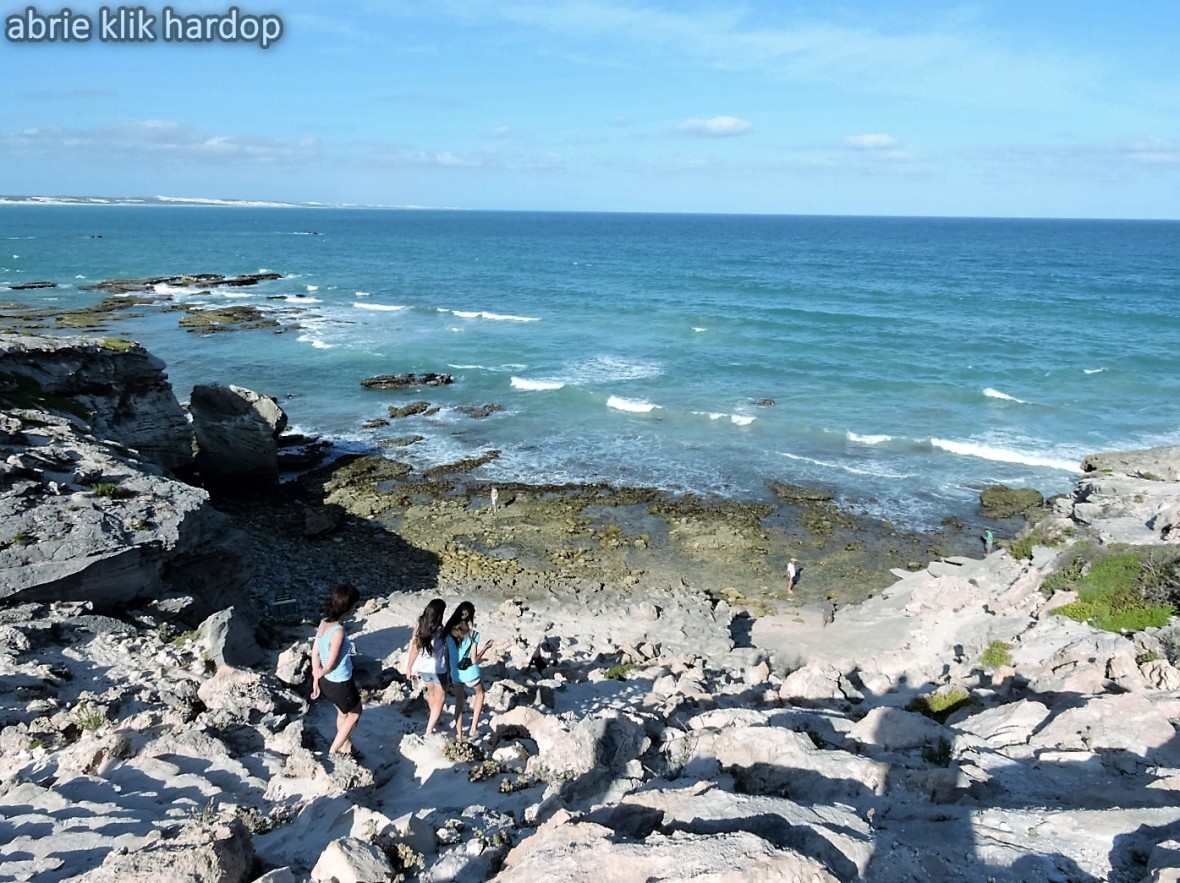 The cave is only accessible at low tide thus it is a bit of planning in necessary for this adventure. You enter via a small hole on the side of the cave (front access too dangerous apart from becoming wet. It is amazing to be in the cave and to view the sea which rolls about 30 meters into the cafe.  And you have the opportunity to frame nature!

Please feel free to visit my other contributions to the weekly challenge for more interesting and beautiful places .