This week, share a photograph that signifies transitions and change to you… while only showing us a small portion of any given moment.

Is it only me or is there a similarity in this week and last week’s challenges: transient – transition – time – impermanence – change; never mind it is only me. As I focused on a portion in time before the transition to the teenage years in my children’s lives last week, I supply a link to it here and my post for this week is done. But this change to my modus operandi leaves me strangely unfulfilled so lets give this week a go…

Normally when I think of wheat I think of it in its ripened stage and if you google wheat, it is indeed portrayed ripened in 95% + of  images. Yet when I think back to 1992 someone made a remark that you cannot find a piece of ground as big as a coin which isn’t green in the area which I was visiting at that moment. But even then as I was in the wheat producing community of Caledon for a specific reason I just saw the green from afar. It took a weekend of camping last year and a mountain bike route to bring me into close contact with non ripe grain although it was in transition to become ripened already.

Wheat and its end product bread has played a very important role throughout the ages and has survived in various forms. The photo above is but a small portion of a wheat field but the ripened and processed version of it (flower) still inspire chefs and cooks to use it in thousands of different recipes, producing amazing smelling and tasty end results like the bread baked by my wife:

↓We camped on the farm Oewerzicht next to the Bergriver close to the town of Greyton in Western Cape South Africa. On the Saturday I did the mountain biking route and on the Sunday I did it again bringing my camera along. This path specifically made for biking is a small portion of the total route but it brought me up close and personal with the wheat as it goes directly through it.  The entrepreneurial spirit of this farmer and interest in mountain biking opens up new opportunities as the grinding sound of cycle chains was  not heard by the wheat a few years ago (but I am sure the sound is music in its ears, much better than the grinding sound of the mills!). 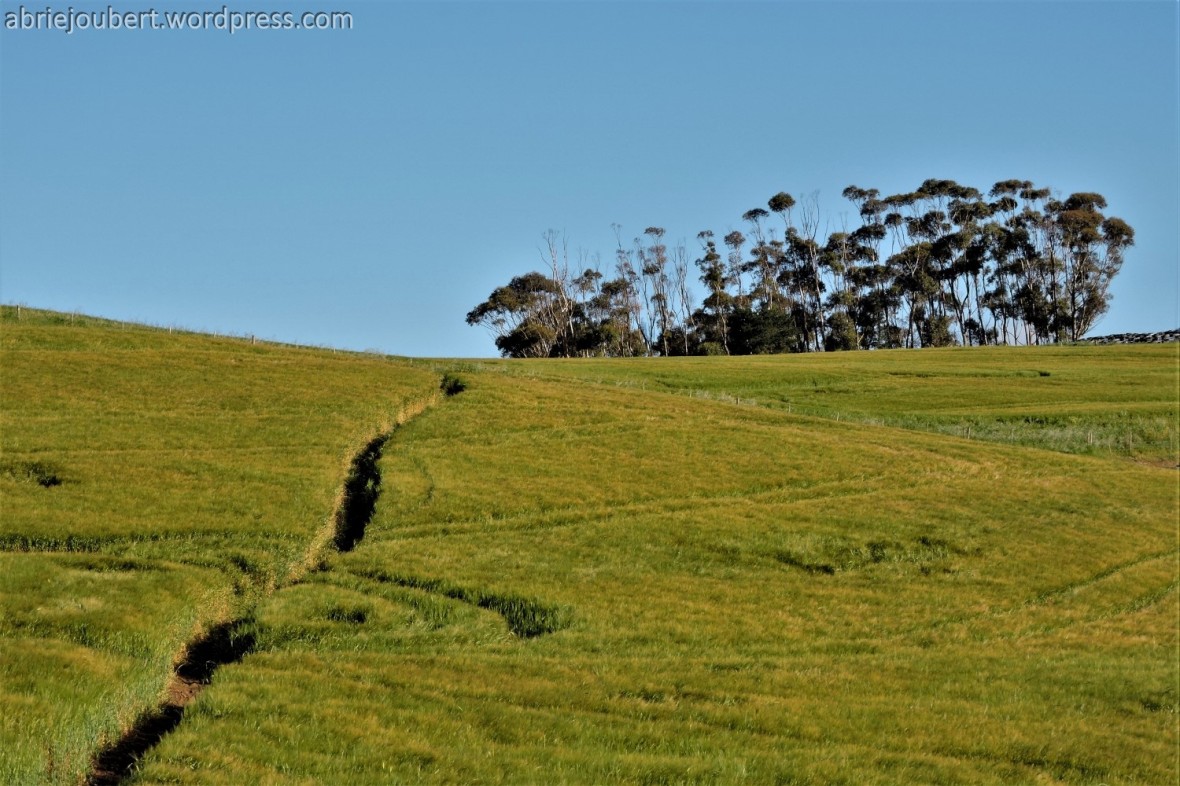 Due to the terrain, almost artistic patterns are formed in order to plant and harvest the wheat. From this distance it looks smooth like a green on a golf course but you won’t look very smooth using  it as a green.

The word bread is used extensively in comparisons and metaphors. I belief that bread sustains but also gives life and changes lives:

“I am the living bread that came down from heaven. Whoever eats this bread will live forever. This bread is my flesh, which I will give for the life of the world.”  The words of Jesus as recorded in John 6:51