Last week at a lot of Americans waited in nervous anticipation for the arrival of someone called Irma. But there was at least one American who waited in positive anticipation for the week-end to arrive and no it is not because he is from California and therefore out of danger. Not that California doesn’t have its fault(s). He is an American missionary in Cape Town. For obvious reasons no analogy can be drawn with An American werewolf in London and it is therefore obvious that I am also not referring to a friend of an amazing blogging friend, Tina Schell, also visiting South Africa at the moment.

Joel Juedes hails from Los Angeles California. Half my age and naturally I wanted to know if he is a surfer (I once read in a reliable comic that everybody on the West Coast are surfers or California girls – not quite sure) but Joel lives close to the mountainous area – no sea view not even a surf board bolted to the roof. Like an American president he is soft spoken and reserved but it was coaxed out of him that he would like to hike Table Mountain and it was arranged accordingly.

I also invited Paul (whose wife and my wife were attending a seminar on theday). I informed Joel that the pronunciation of his name and the Afrikaans pronunciation of Paul rhymes,  thus Joel was able to address Paul in “Afrikaans”.  In his spare time Paul is member of the National Sea Rescue Institute which reacts to sea emergencies – an amazing and fulfilling activity.

We started hiking up the mountain via India Venster and while we were waiting for the cable car to take an action photo the “waiting” theme of WordPress dawned on me. I mentioned this to them and Joel told me how he was waiting in anticipation and looking forward to the weekend so that he could go hiking. Thus all photos on this post (action or not), is a result of waiting!

⇓ Joel and Paul becomes restful souls while taking a break waiting for the cable car. On the top right of the photo is the Molteno reservoir which is fed by dams on Table Mountain, of which the Woodhead Reservoir visible behind the Aloes is one. 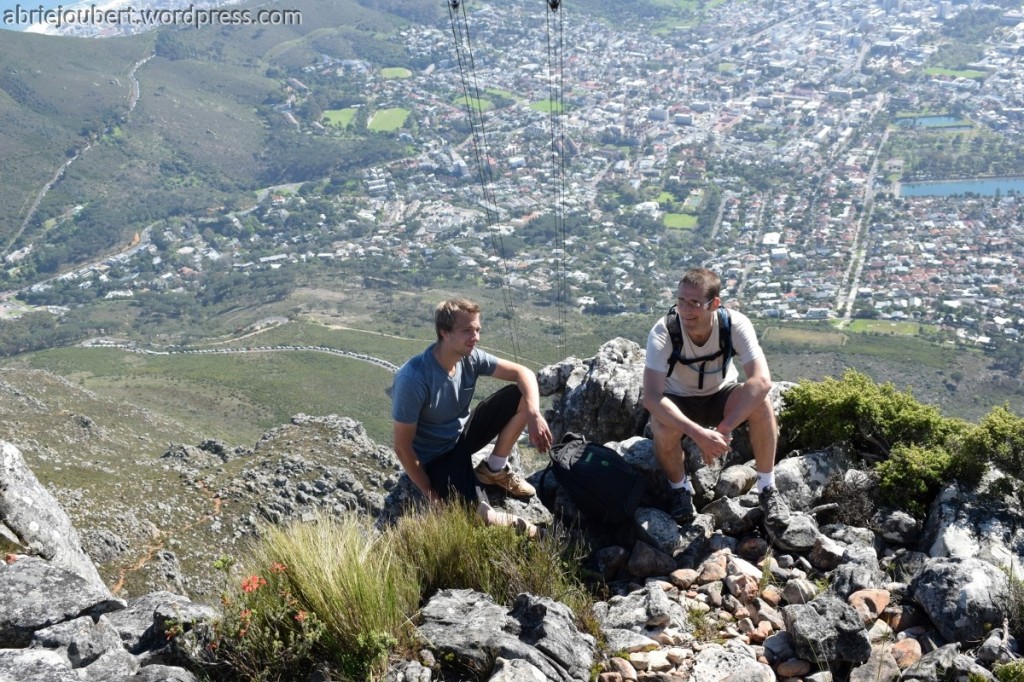 ⇓Naturally we pity those who need cable car assistance to go up the mountain. But the pity was mutual – despite the car being full of Chinese tourists, I clearly heard the conversation in the cable car as it passed us: “shame they can’t afford a cable car ticket…” Yet there facial expressions as stated on the car is priceless! 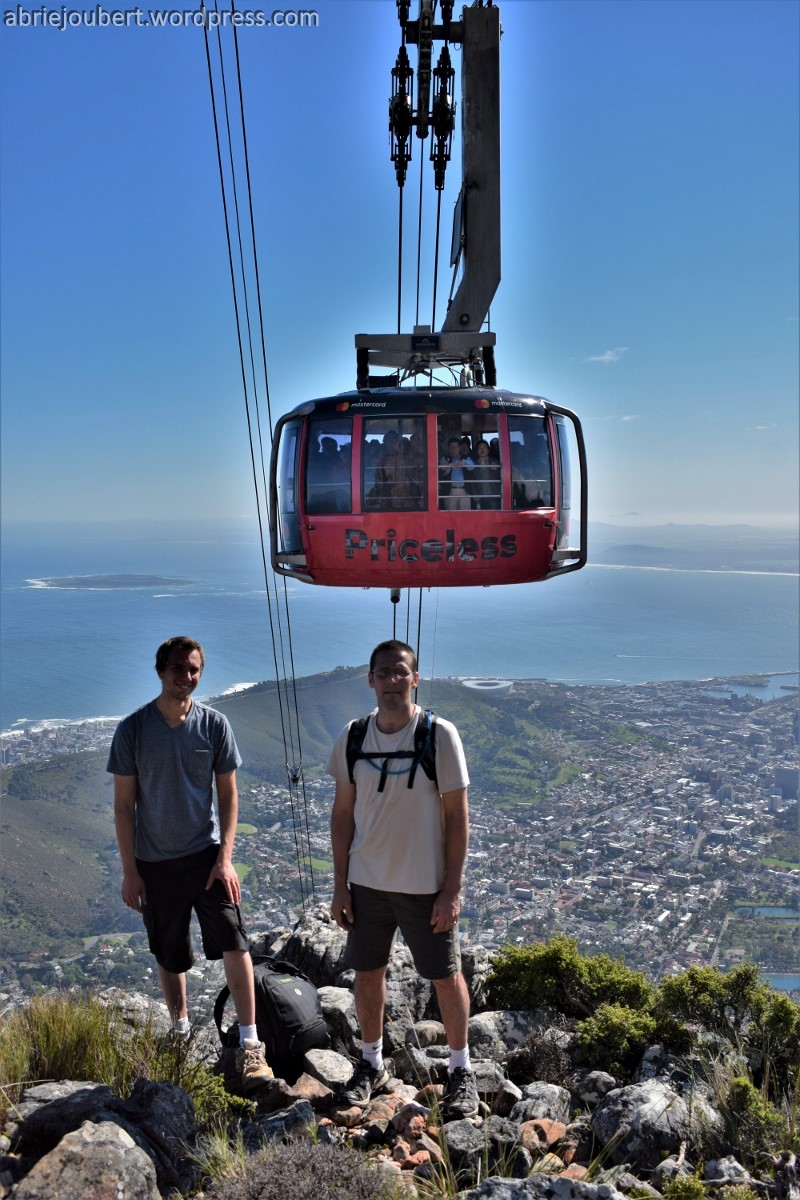 ⇓Paul lower down on the same rock scramble 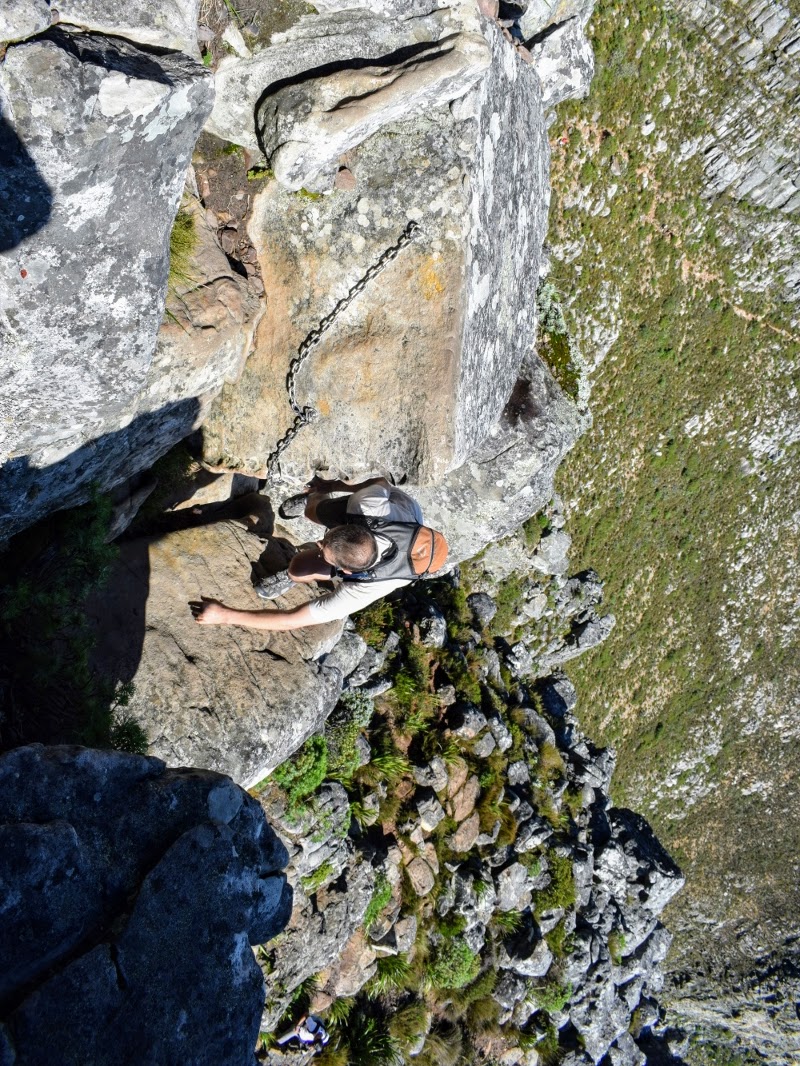 ⇓On the Fountain Ravine section of the hike with one of the most sought after residential areas in South Africa in the background, Camps Bay. You will have to wait for a property to become available.

⇓This rock has a thick and healthy head of hair – I wonder what is its secret?

⇓The view from the lower station of the Cable Car, where you will wait in a queue.  But hey queues are for sissies – just hike up 🙂 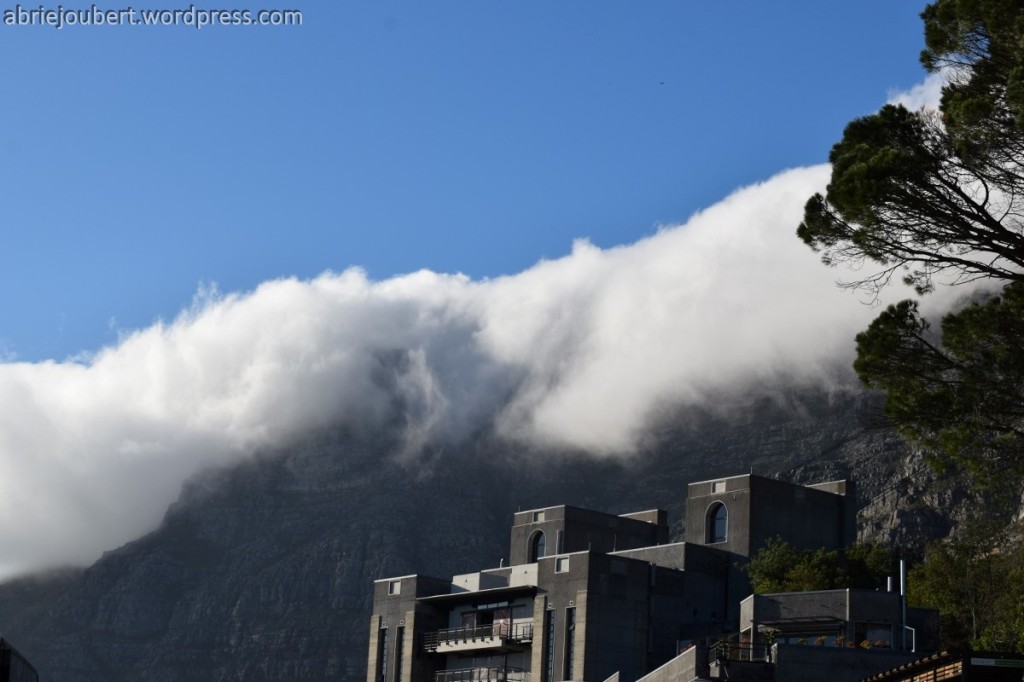 Joel flies out to Zambia this week and was already in Malawi. He does missionary work under the banner of GRN (Global Recording Network) and was in South Africa to receive training on the technical aspects of recording the Gospel. GRN has material like CD-players charged by the sunlight which is given to people on which they can listen to the Gospel.

25 thoughts on “Waiting for a mountainous week-end”