In response to the WordPress weekly photo challenge “peek“

While hiking back from the amazing  Second Waterfall in Jonkershoek a little blue alien like character peeked over a stone. It gave me no choice, my lens had to peek back at it. I know the “alien” as a Bloukopkoggelmander. After some research I now know that in English it is the Blue-headed Tree Agama (Acanthocercus atricollis Agama Atricollis). I have seen it various times predominantly in dry areas but never in a tree. If it depended on me (and fortunately it doesn’t) I would have replaced Tree with Rock. In googling Bloukopkoggelmander second on Googles list was a post of a blogging friend of mine. Ineke or Scrapydo, an expat South-African now staying close to her children in Upper Hut New Zealand. It was special to read her post about the Agama at her house when still staying in South Africa. 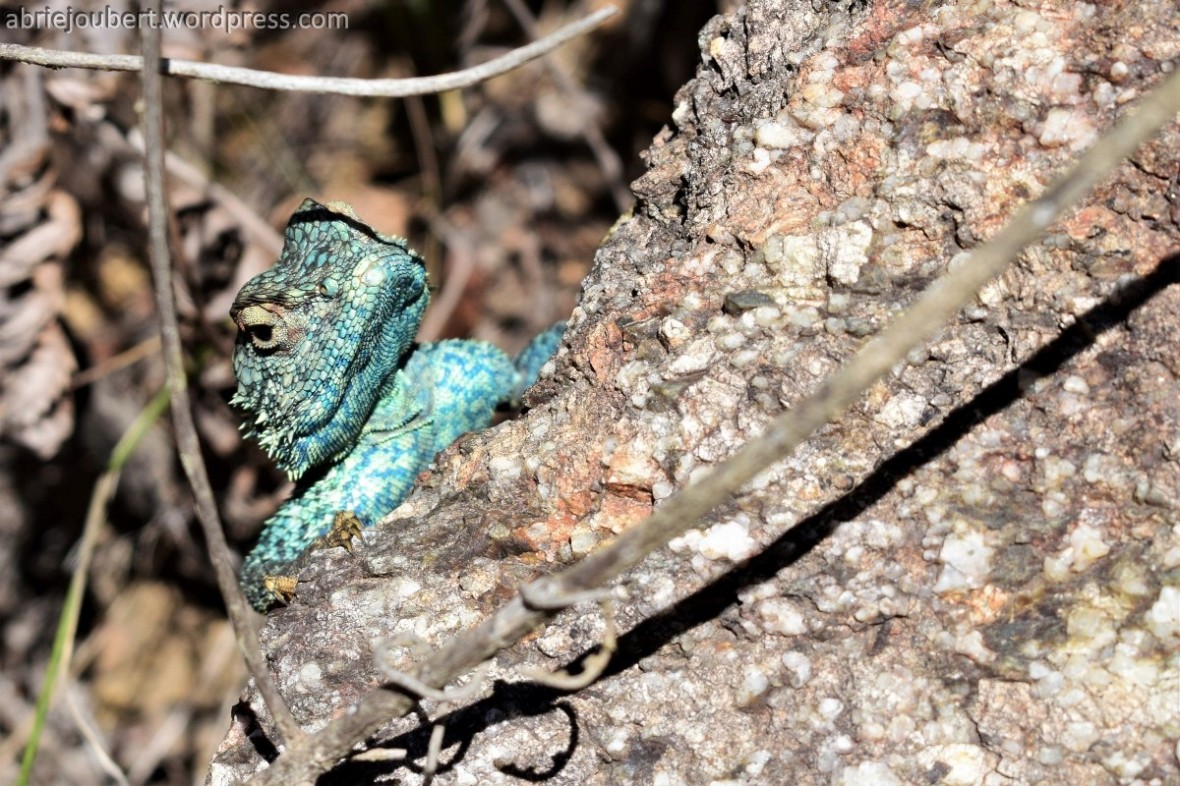 ⇓Focusing on its arm the intricate compilation of it’s scales can be seen. The blue hue contains probably hundres of blue-ish shades. I even see some red on its wrist. The foot reminds me of a rapture-like bird claw. 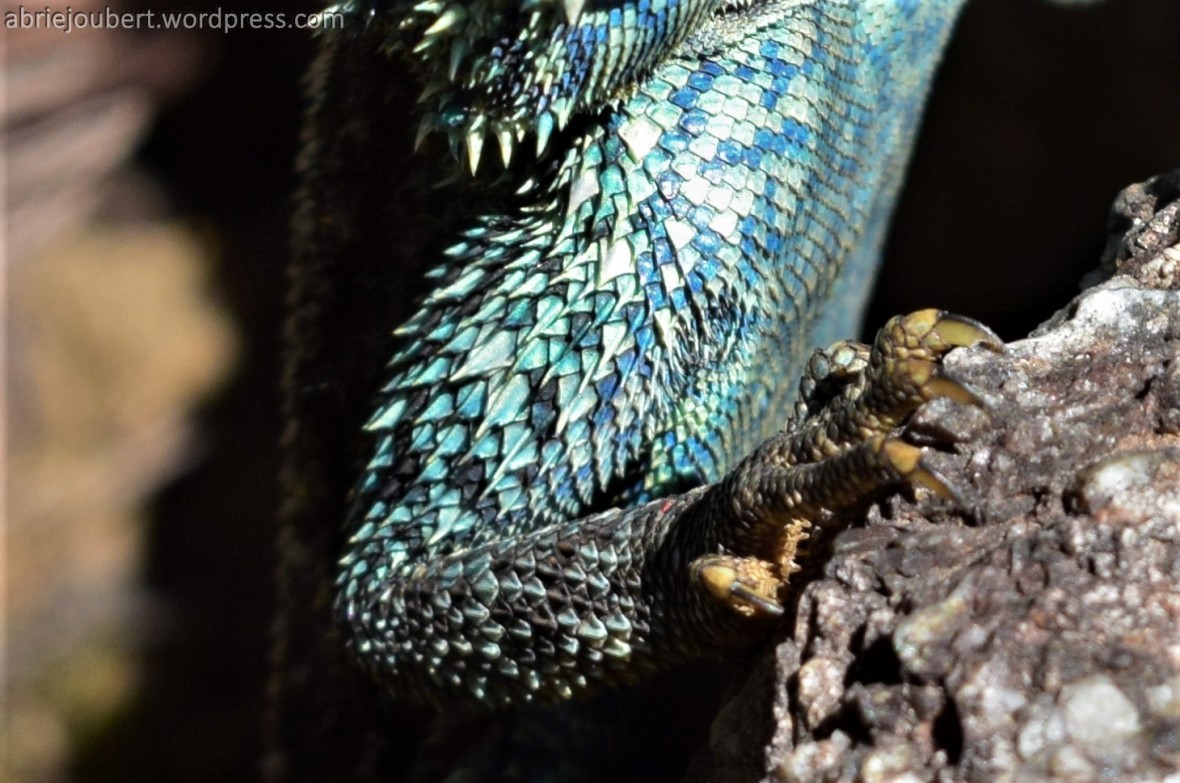 ⇓The blue colour is only present in the mating season. I took this photo after a while and the blue hue isn’t as bright anymore, thus it may have the ability to camouflage similar to a chameleon. Or maybe it just didn’t find me amorous – thank goodness!  The ear, black hole, is quite visible and it seems to be a good natured placid little fellow. 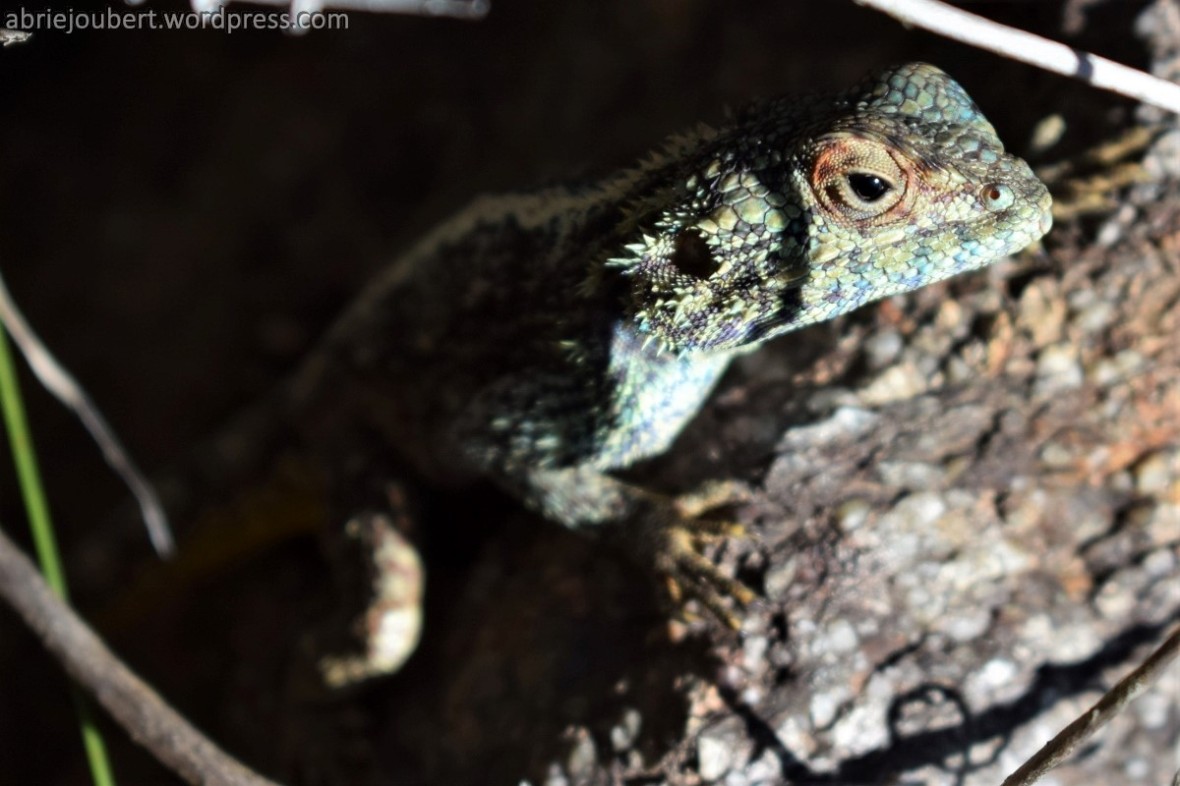 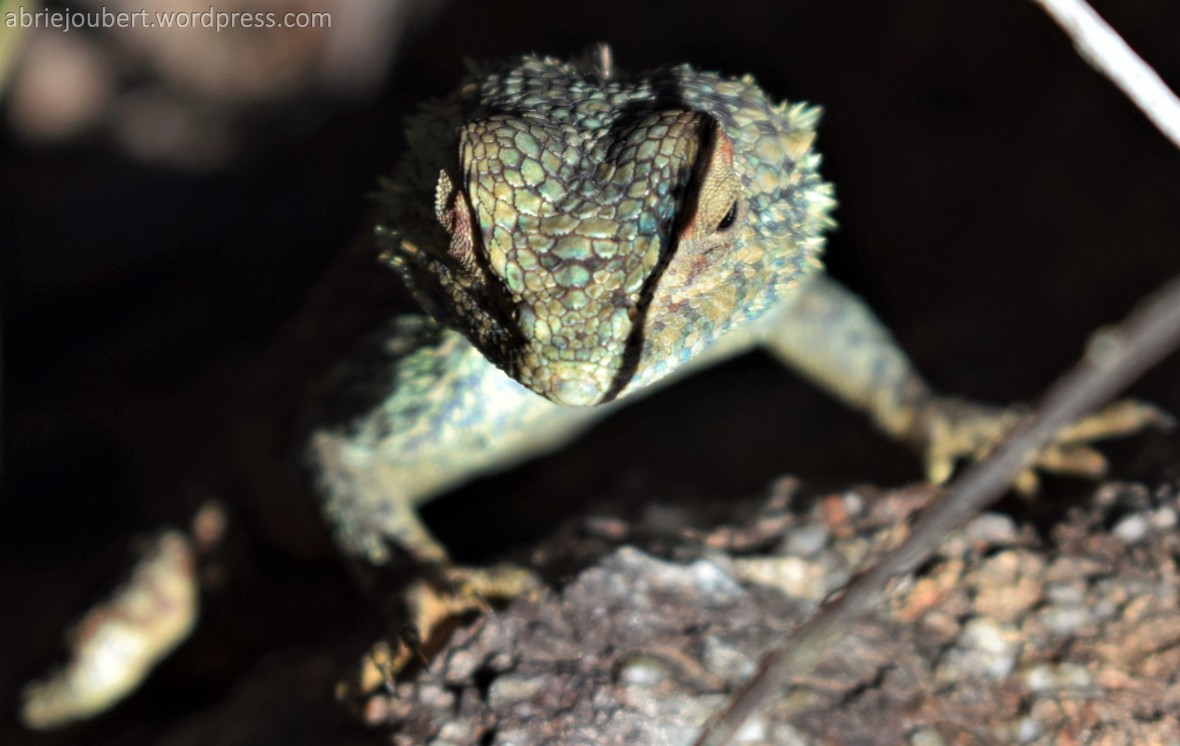 ⇓Here the folds in the neck are quite visible (or the second chins according to my daughter). The scales under the body looks like a lot of hearts. It may be an accomplice of the Queen of hearts (ask many an insect).

This is the first photo I took of the Agama but then it sped off. The body is black with a white line running down the middle and the tail (which shows that the Agama has its challenges in life)  is predominantly yellow. 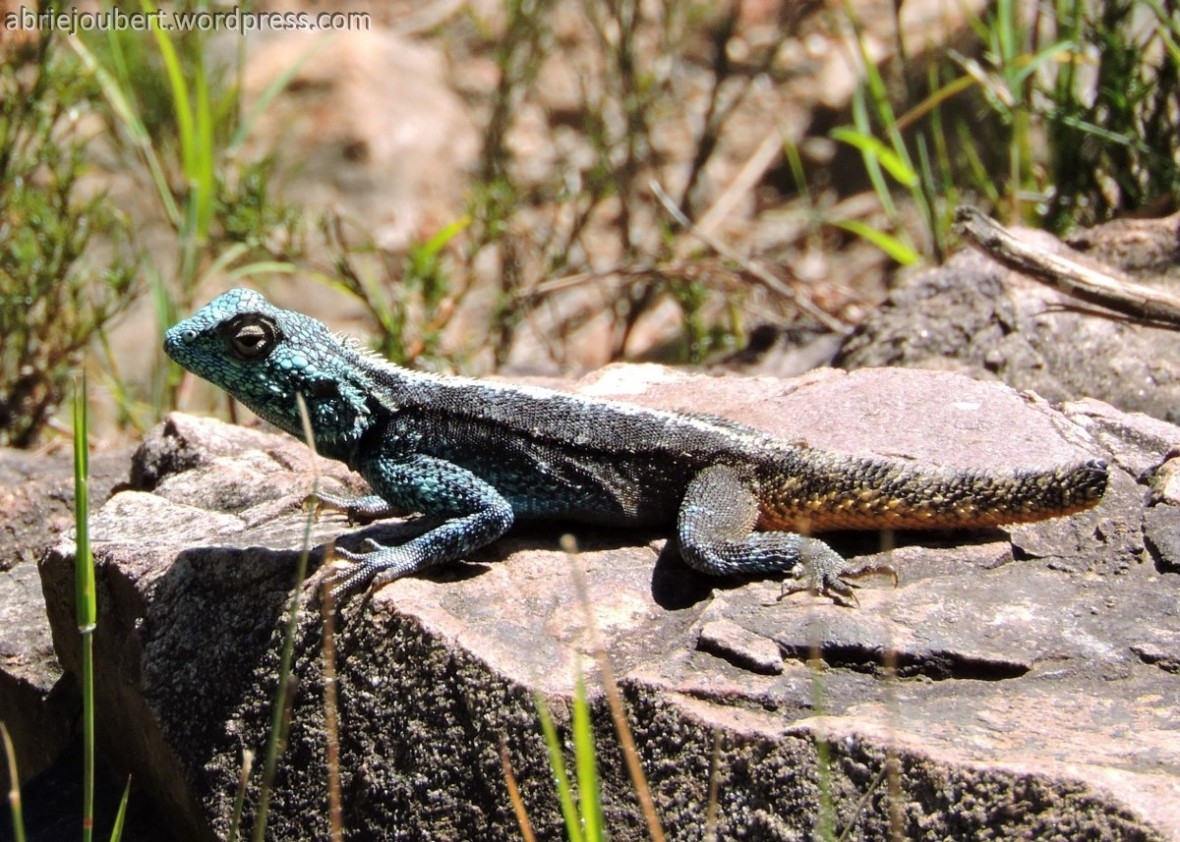 After it sped off down the hiking path Jacques saw it “hiding” behind the rock in the first photo so thanks to him I was able to take the photos. Jacques throws a long shadow as he is very tall (and therefore must have good eyesight to have seen the Agama…). I stole this peek of his perplexing facial expression (perplexia longitudes homo sapiens) minutes before I peeked at the Agama.

I must also mention the talented  Tina Schell as I had no idea what to post this time round but then the chameleon on the  background of one her photos for this challenge gave me an idea. Do yourself a favour and visit her excellent post which is a combination of a multiplicity of arts by clicking on her name.

Nature is so amazingly simple and yet so complex.

For you created my inmost being;
you knit me together in my mother’s womb.
I praise you because I am fearfully and wonderfully made;
your works are wonderful,
I know that full well.  Psalm 139: 14,15

62 thoughts on “Peekaboo I see you Agama”