…and the laws of physics do not apply

This week’s WordPress weekly photo challenge is ascend – need I say more? See commentary under and in-between photos. Action from the final leg of the World Rallycross Championship held at Killarney, Cape Town.

⇑Okay maybe those laws do apply, but if a small horse throws you off you climb back on again. Unfortunately I do not know his name but despite this fall in the preliminary rounds, he was the winner and took the R50 000 first prize – almost worth retiring for. Hey maybe that is what Anton is going to do now!

It must be inherited or in the blood.  But the mere sight of horses galloping make many a person’s heartbeat ascend And if I look at the attendance figures I am not generalizing when I say mainly (but not only) men.  These vehicles may have many big horses under their bonnets (don’t tell the SPCA and especially not the carbon police), but I suspect a bit of inbreeding as this Mustang keeps on chasing his tail. But the informed few tell me that they are actually bred this way – I’ll be damned. Other inbreeding techniques are figure eights and drifting those corners baby.

In a perfect world where you can fly without an engine, tires do not wear off.  But unfortunately in the real world donuts are quite expensive and frowned upon outside a racing track. And as I am too mature to engage in such senseless activities (sigh), I am cursed by the petrol heads.  The donuts I engage with (especially those dipped in caramel or chocolate) unfortunately do not wear my stomach off – to the contrary… 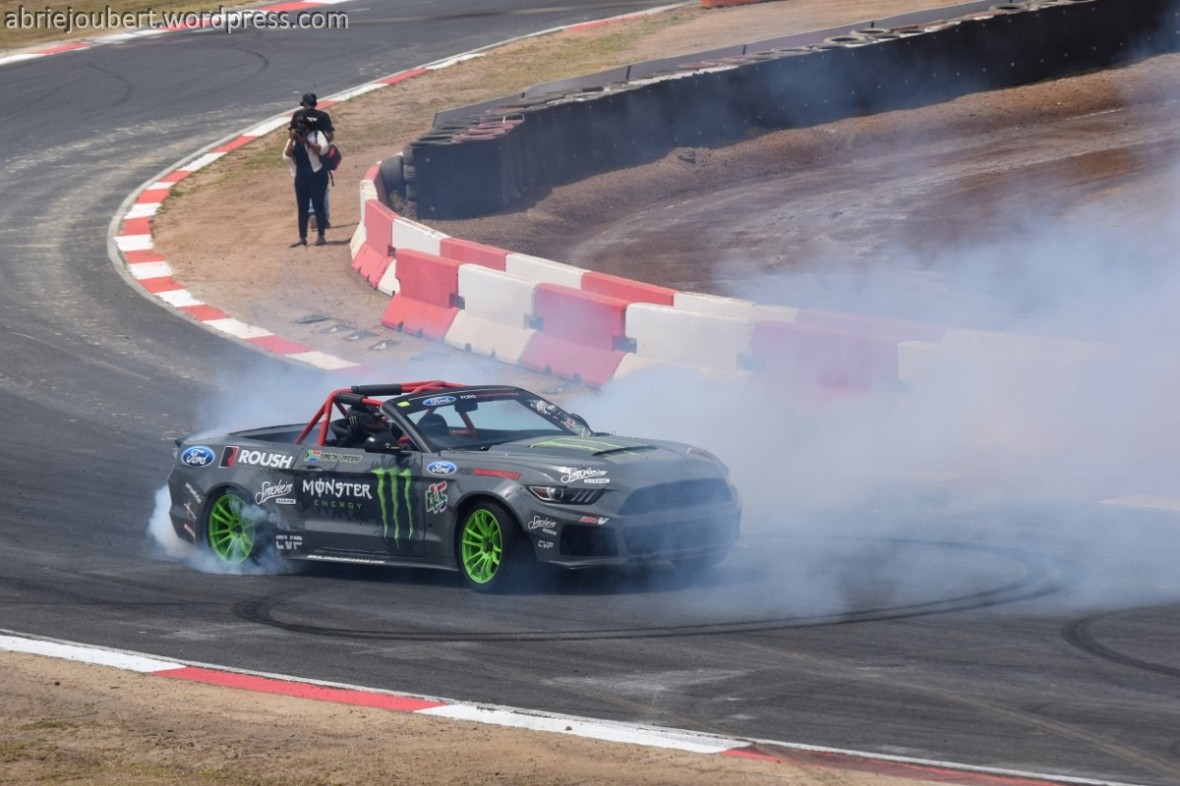 This Land-rover Discovery was driven on 2 wheels right around Killarney racetrack and if that isn’t enough donuts and figure eights followed – crazy people. Fortunately they convinced the Fire chief just in time that the car wasn’t burning. Lots of smoke ascending.

With fingers deeply embedded in the ears, it is clear that all this noise and activity isn’t for everybody.

But we where here for racing and crashing (yes that too).  And saw a lot of it. Unlike Formula 1, an amount of barging is allowed which leads to spectacular racing.

I took the photos FIA World Rallycross Championship held at Killarney race track in Cape Town. As my friend is interested in the automotive industry, he appreciates the subtleties of torque, RPM, turbo overflow and horsepower (despite the obvious absence of horses),  much better than I do. These cars accelerate from 0-100 in 1.9 seconds and the engines generate 600HP  That is faster acceleration than a Formula 1 car. Read more about on theit website.

⇑This is the famous or infamous Ken Block’s car (google Ken Block to see his driving videos). He drives wild or like my dad said “soos ‘n wille wragtag”. As you can see he has certainly been barging and quite a few body panels were missing. He was second in the semi-final but was disqualified and couldn’t race in the final. Ironically his disqualification wasn’t based on driving – his car was too light!!!

And what is a race without pit girls? 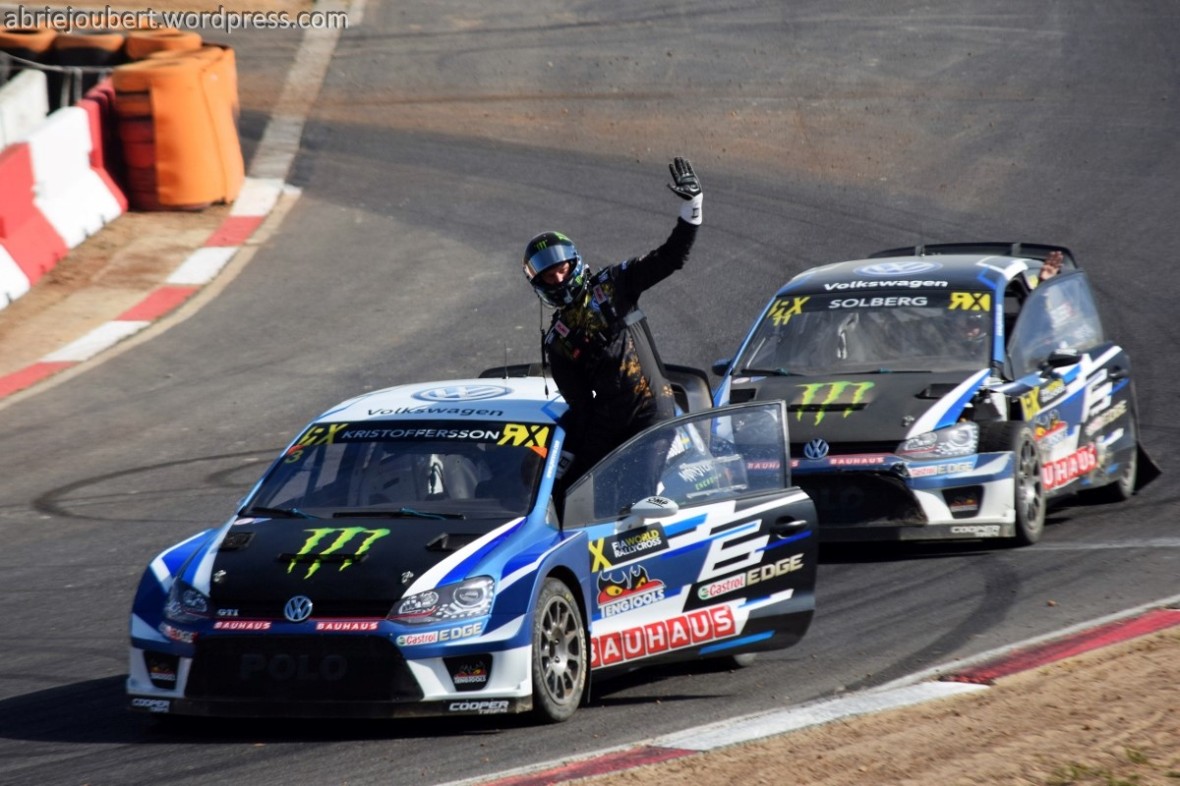 And what is a race without a winner (actually the draw card was having international racing in South Africa for a change). But the championship was clinched long before Kristofferson won the final as well. A worthy winner

But a winner is certainly nothing without the support team.

My Afrikaans friends you can read my story about Christmas here.

This is my last offering for 2017 may all of you experience a blessed Christmas and an amazing 2018 with lots of creative ideas and writing.