The Lens-artist quartet decided to take action when the WordPress challenge was withdrawn and this growing challenge is now more than 2 months old. This week Patti illustrates the courage of her surname by telling us to take action, as that is what Moed means in Afrikaans – courage. Courageous people are people of action. Patti challenges us to:

“Capture nature, people, objects, or animals on the move. Capture action in the sky or on land, on the playing field or on a busy street. It’s totally up to you”.

For every action, there is an equal and opposite reaction. Newton’s third law of motion

Well actually the above is not the real thing, it is the popular but not direct translation of the real thing: “Lex III: Actioni contrariam semper et æqualem esse reactionem: sive corporum duorum actiones in se mutuo semper esse æquales et in partes contrarias dirigi”. Such a pity things aren’t explained in Latin anymore; I am sure you would agree…

The energy spent by certain monkeys and birds is so vast that it is important to have scientifically attuned animals like the Sloth to keep the world in equilibrium. Deeming myself to be a man of action, I used to be critical of apparent lazy animals like the Sloth, but that is before I realized their intellectual brilliance. They understand Newton’s third law: for every action there must be inaction…

⇓While his neighbours scurry about like geese with rabies, this intellectually attuned cool, calm and collected cormorant realizes his responsibility: absolute inaction to balance their crazy over-action! 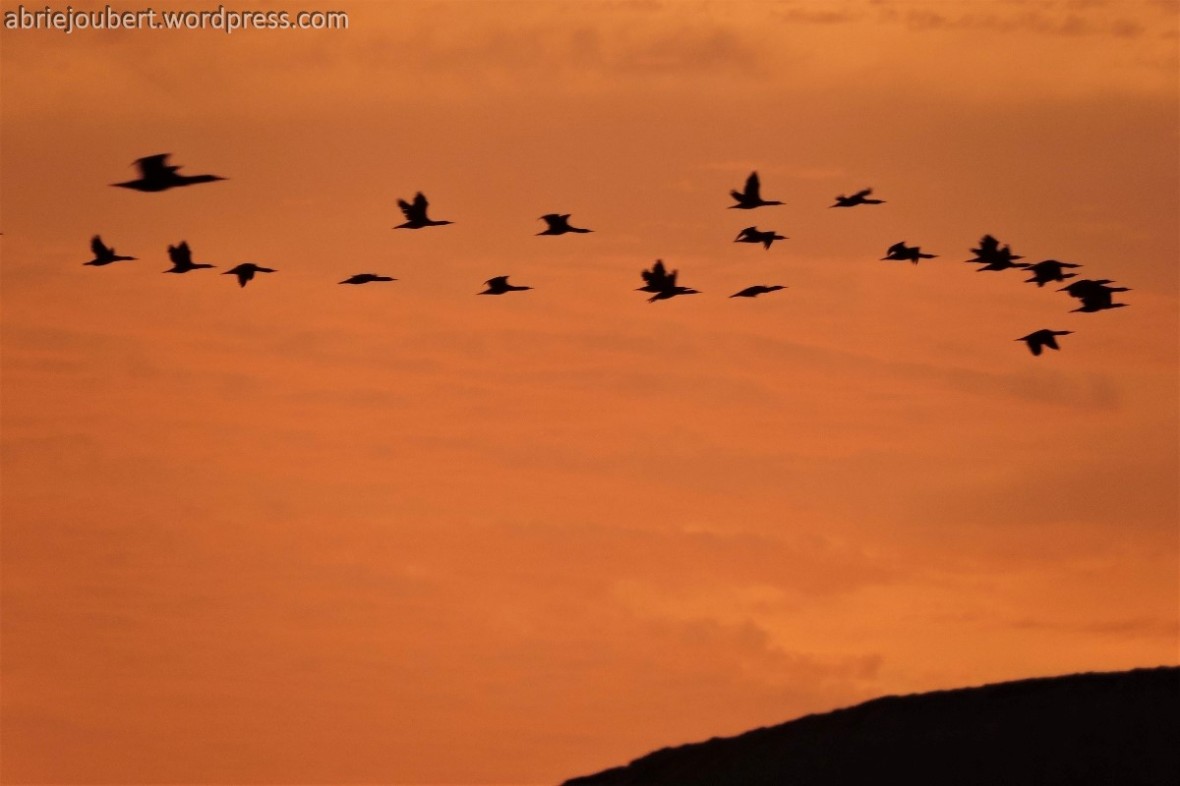 ⇑Oh no!!! A great flock of birds have taken to the sky. The laws of nature are being breached – what is going to become of us; it may be the end of the world!

⇓I needn’t have stressed, there are enough of their friends who understand physics and know that by relaxing they are bringing the world back into equilibrium. Maybe there is a lesson in that for me. To pour purposeful action and sloth-ing inaction into the cocktail called life.

All the photos in this post were taken while staying in Bakoven, a suburb of Cape Town squashed into a narrow area between Table Mountain National Park and the Atlantic ocean. Among those lifting off, is my sister and my daughter. It was a wonderful relaxing weekend but as I understand a bit of physics I knew that that I had to click my camera excessively as for every relaxing inaction their must also be an action… It was also one of the most amazing sunsets I ever witnessed, but that is not what this post is about, maybe I will show that off at a different time, correction, at another time I will reflect on what nature showed off. 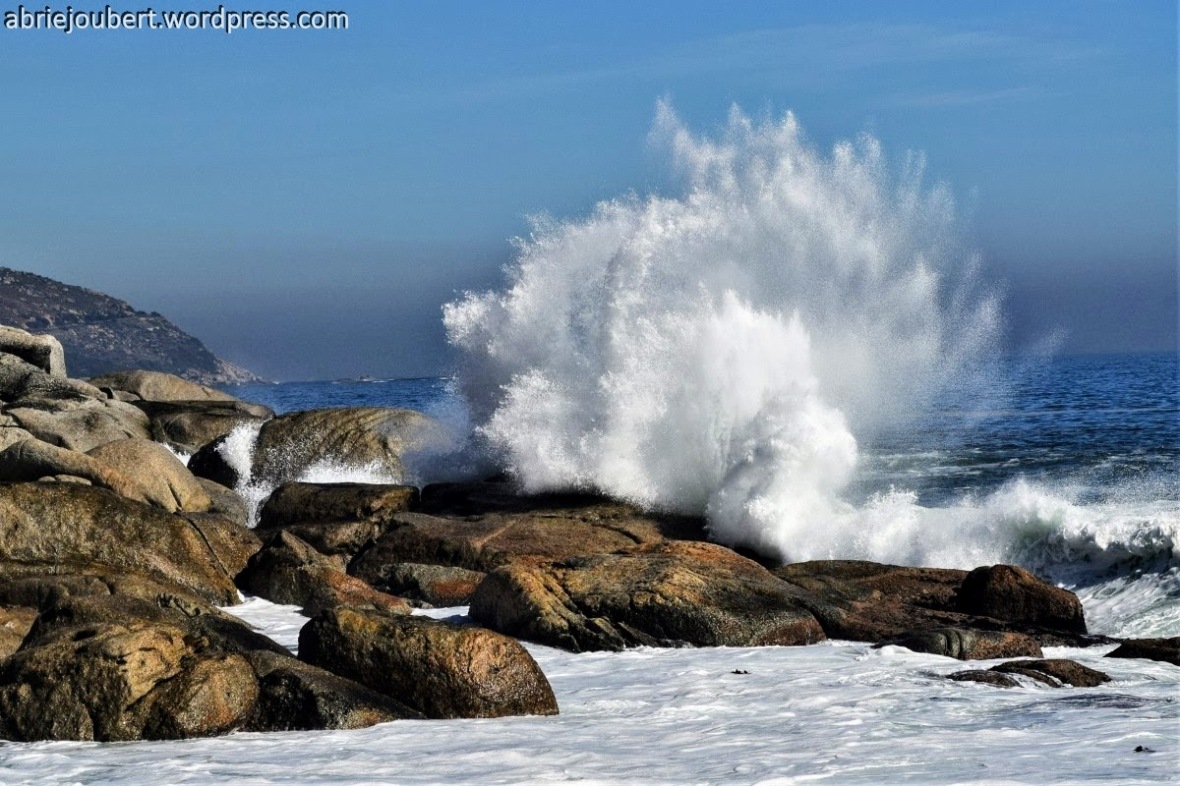 My last will and testament

⇑I can stare continuously at waves pounding the shoreline. This act causes the waves to die but in the process they leave unique artistic impressions, millions of times over, even when nobody is watching.

The photo above was taken from the porch of the house we were staying at. I wanted to be closer to the action and walked/scrambled across the rocks, just in time to take this photo of a tidal wave. It must be a tidal wave, it is higher than Lion’s Head!⇓

Tact is the art of making a point without making an enemy. Isaac Newton

The range of sounds by a dolphin isn’t understood by humans, but it must be tactful as we love what they are saying! Unfortunately these dolphins were quite deep into the ocean, but there must have been hundreds as they took about 2 minutes to pass. In fact they are still passing ∞

The final quote may or may not be applied to current politics. Could he have known – nah.

We build too many walls and not enough bridges – Isaac Newton

48 thoughts on “For every action, there must be an equal inaction”