Leya of the esteemed Lens-Artist quartet urges us to answer:

“So, what is most important to you – blending in or standing out? This week’s challenge is to show us your thoughts in a photo!”

After reading Leya’s post the word juxtaposition came to mind. It is certainly not a word I use daily – for that matter I cannot recall that I have ever used it in written or verbal communication (it is time). When writing I have certainly used the concept without necessarily thinking of the word. According to the Miriam-Webster dictionary, juxtaposition can be defined as:

In my understanding the topic blending in or standing out is in itself a juxtaposition.

Despite not having feet, this Koi Carp certainly stands out. Just as well, for unlike the Gecko who makes a very strong case for blending in, given its earthy colours (and four feet), the Koi does not have a foot to stand on in making a pro blending in case… Despite outward appearances, Koi would not be very bright if it tries to blend in. 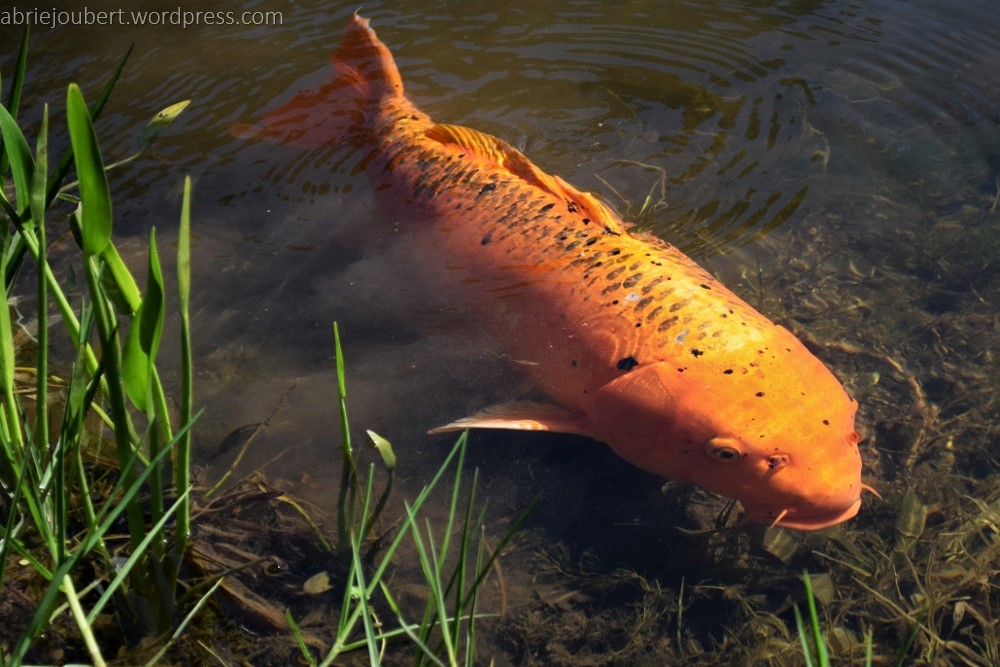 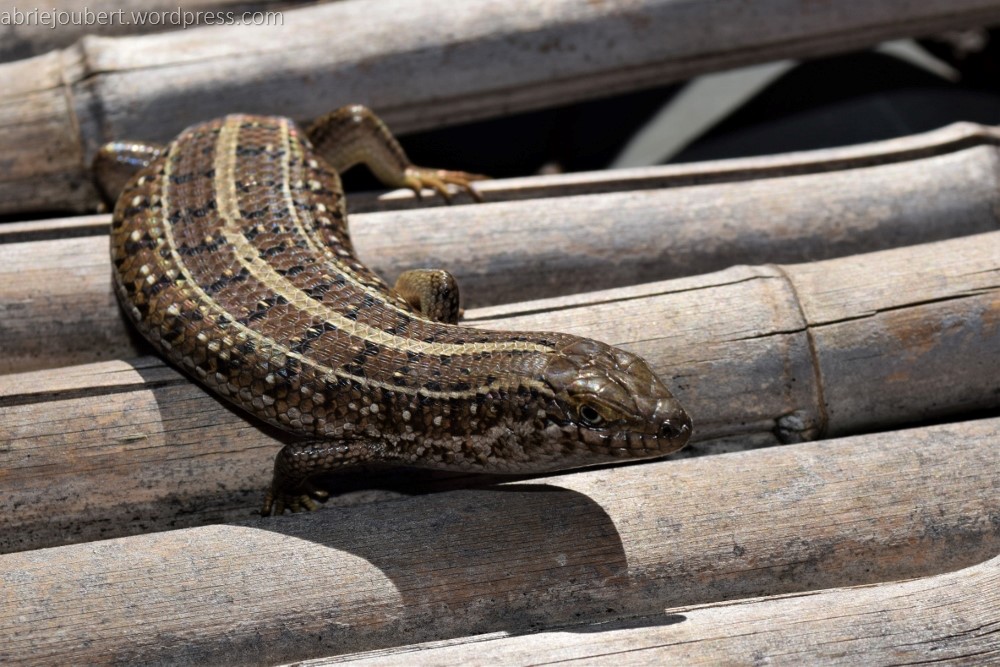 Mr Gecko thought it would be excellent for his political career to represent the blenders in at Postcard Cafe. It would be natural for him to lobby for blending in, but he secretly abhorred being in the background and not being seen. In his Instagram account he claimed to have found Josephs amazing technicolor dream coat and posted photos wearing it with pride. He did did not quite understand the difference between politics and social media anyway but that didn’t matter as he was about to shine and increase his Instagram followers.

Unfortunately for mister Gecko there were others who deemed themselves more appropriate representatives of the blending in lobby. The analytical Blue Koi pointed out to Gecko that his inconsistency may be used by the standers out against them and sulkily Gecko dashed into the opaque shadows automatically relinquishing his coat of many colours.

In the end the animals at Postcard Cafe’s indaba (a Zulu word meaning business or matter and referring to an important meeting) was held by the Koi. The Blue Koi was steadfast in his observance that it is better to blend in, in order not to be observed and listed a litany of logical reasons underpinned by safety, why they should blend in and not try to be adventurous. Brown Koi was steadfast in his support and concurred silently by bobbing his head enthusiastically (beware, it is said that too much concurring can lead to concussion).

Spotted Orange Koi tried to put a more balanced and diplomatic view on the water table, saying that he can understand why Blue and Brown Koi would want to blend in but that they should make room for each other and allow those who want to take the risk of standing out. Analytical Blue reminded him that he does not have a foot to stand out on and Spotted Orange became less diplomatic by telling Blue to be footloose.

Sunray Yellow was having none of this blending in business. In fact he showed Blue what he thought of his good reasons by daringly pointing his derriere in the blenders direction. The meeting was ended when Sunray swam away with a snort and shouting at the top of his gills:

“If you think adventure is dangerous, try routine; it is lethal.” Paulo Coello 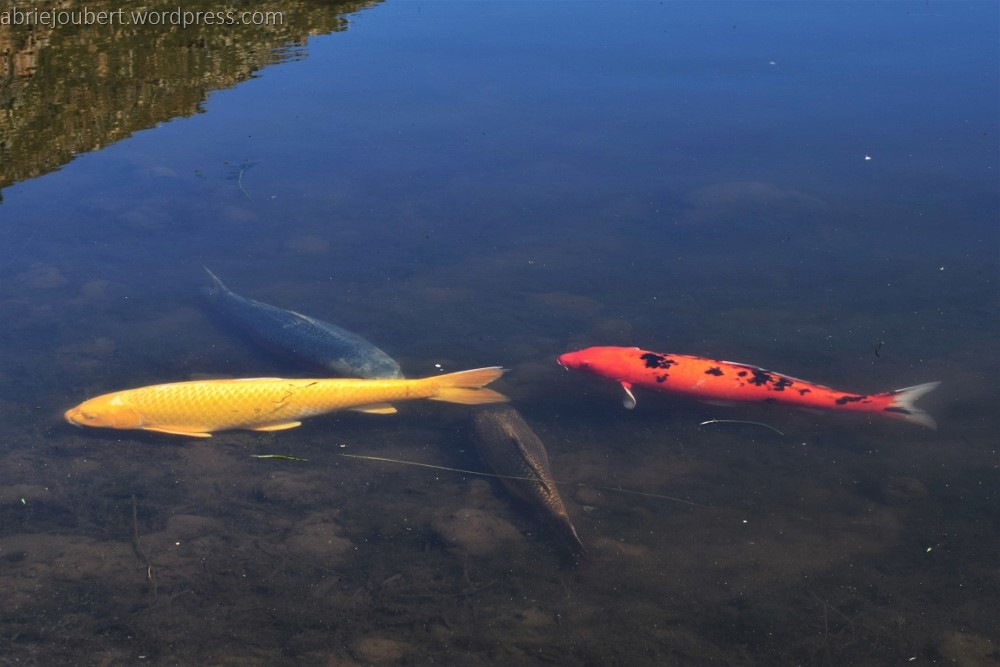 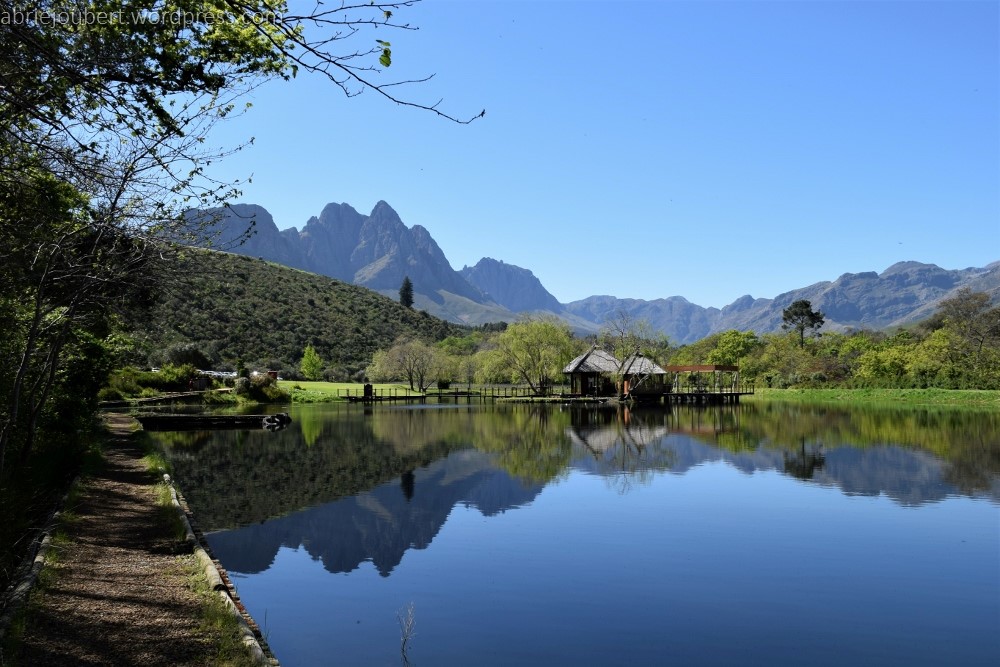 Meanwhile at the restaurant while drinking in the Postcard view (as well as Sauvignon Blanc, Merlot, Pinot Noir, Chardonnay…) the humans weren’t giving direction to the debate as they appeared to be impersonating Zebra. Postcard Cafe is in The Jonkershoek Valley, Stellenbosch, South Africa.

In my opinion the best example of juxtaposition, is the Son of God becoming the Son of man, while still being God himself.

In your relationships with one another, have the same mindset as Christ Jesus: Who, being in very nature God, did not consider equality with God something to be used to his own advantage; rather, he made himself nothing by taking the very nature of a servant,  being made in human likeness.  And being found in appearance as a man,  he humbled himself by becoming obedient to death even death on a cross! Ephesians 2:5-8

33 thoughts on “Blending in or standing out – a juxtaposition”