This week Anne Christine of the esteemed Lens-Artist quartet inspires us to all things creepy.  Can you believe that – the Esteemed ones can be creepy!

I am now going into stealth mode. The authorities must not find out about my exposé. This is a very serious matter. Comparing it to Ghostbusters is just my way to try and sidestep the creepy authoritarian ones. Having said that if I did not know about the real source and was confronted with this in my bedroom in the middle of the night I would believe these to be a ghostly apparition. 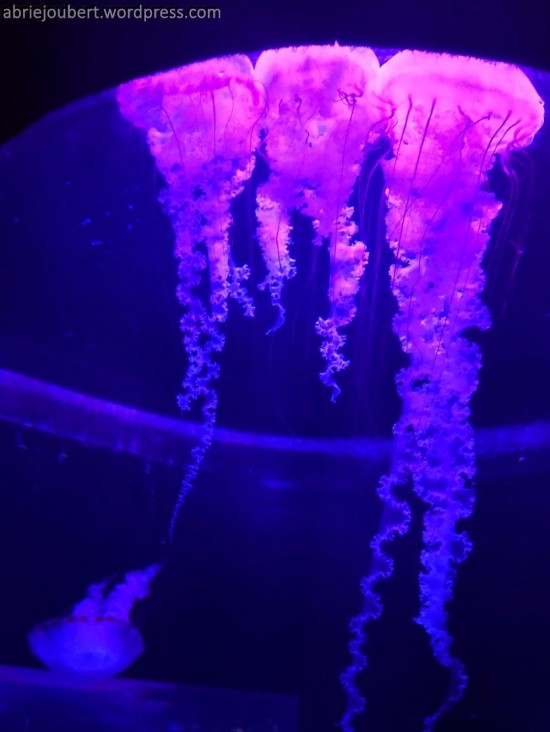 ⇓And now for the exposé – shhh.  There is a chemical and nuclear laboratory right in the heart of Cape Town. Underneath you can see all the experimental tubes where creepy blood curdling creatures are created. 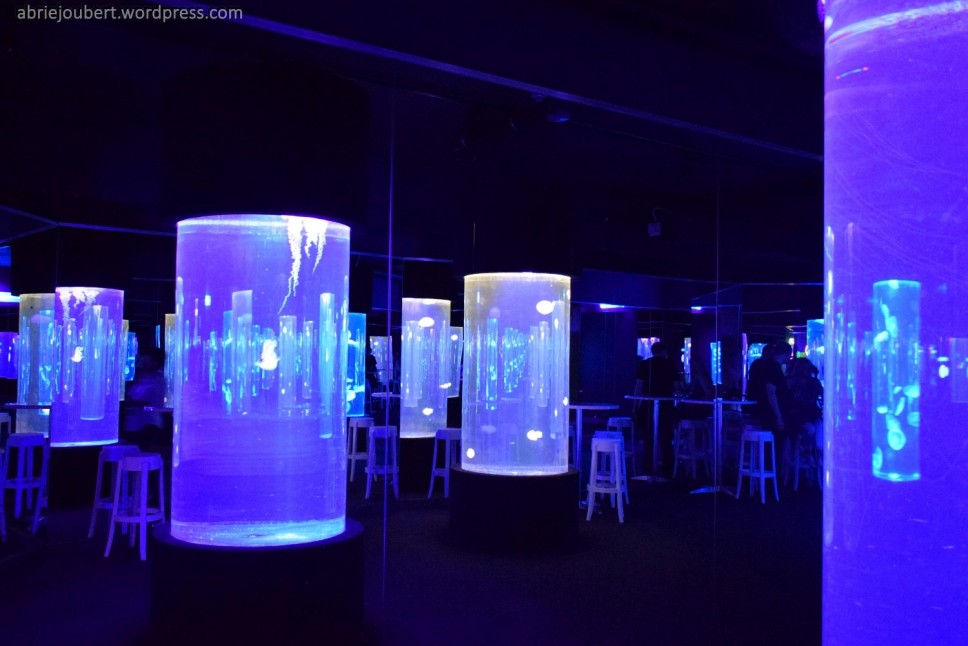 ⇓The psychedelic creature inside this tube used to be a lab assistant who accidentally came into contact with these life altering chemicals. Now he is doomed to dance away his life like John Travolta. Just in case they are trying to have you lose focus. The arms above the head and legs underneath the body can be clearly and creepily distinguished.

⇓In the initial years of primary school I used to get a star stuck to my head if I did something good or special. This is a message to the overachievers (i.e. the scientists in this lab but not only them):

Do you want to be a star and are you on the the hunt for recognition? Too many stars can be suffocating – it can be right down creepy! 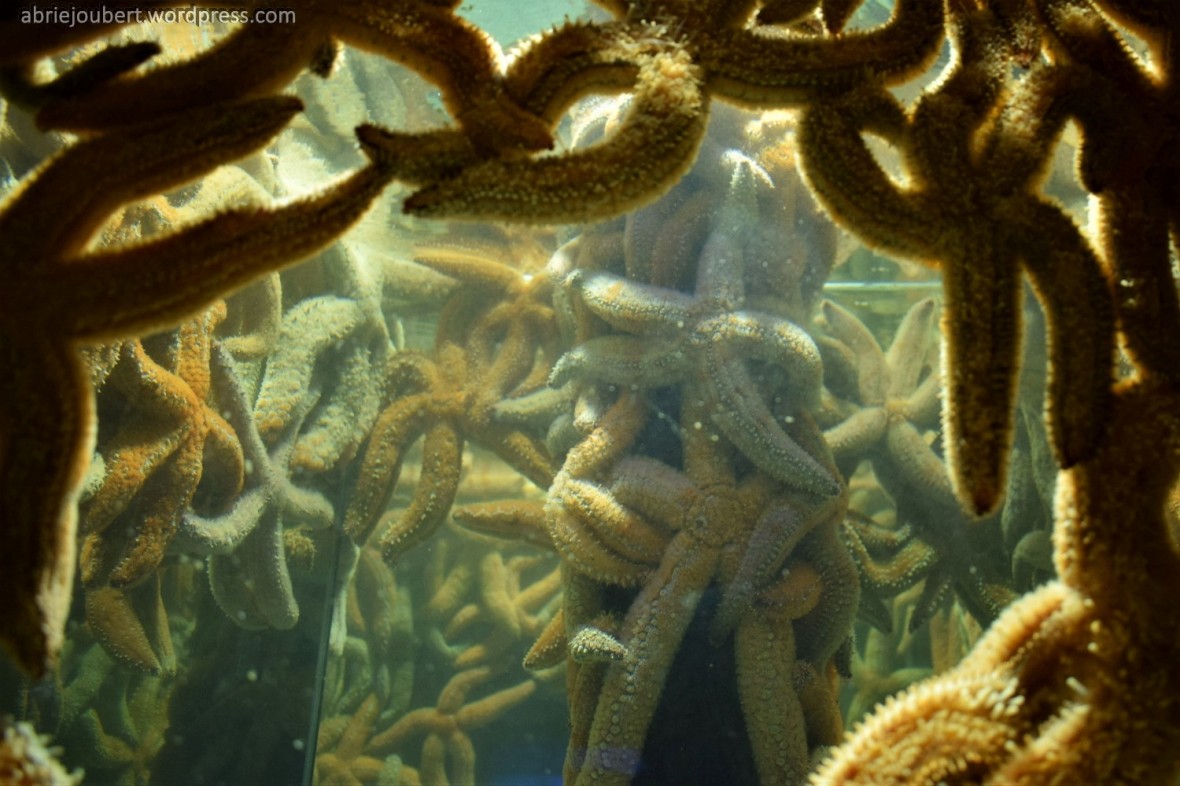 ⇓Looking for love instead? I am sure the Passion fish and sea turtle will oblige. These lips were made for kissing. 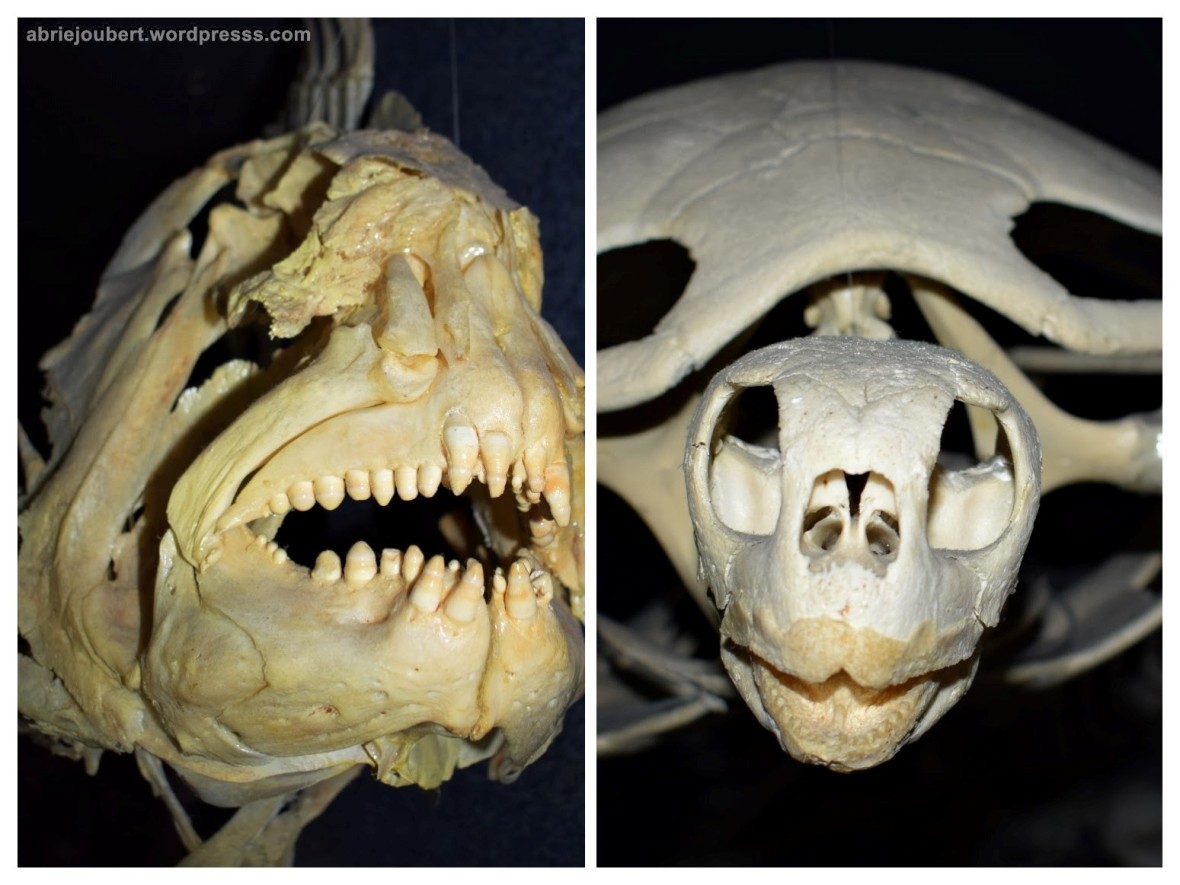 ⇓These sea eels have stripped this diver bare. Proof that it is a diver can be seen in the bent back due to the heavy oxygen canisters but especially the very long feet bones. As we all know divers’ feet grow very long to fit snugly into the elongated flippers… 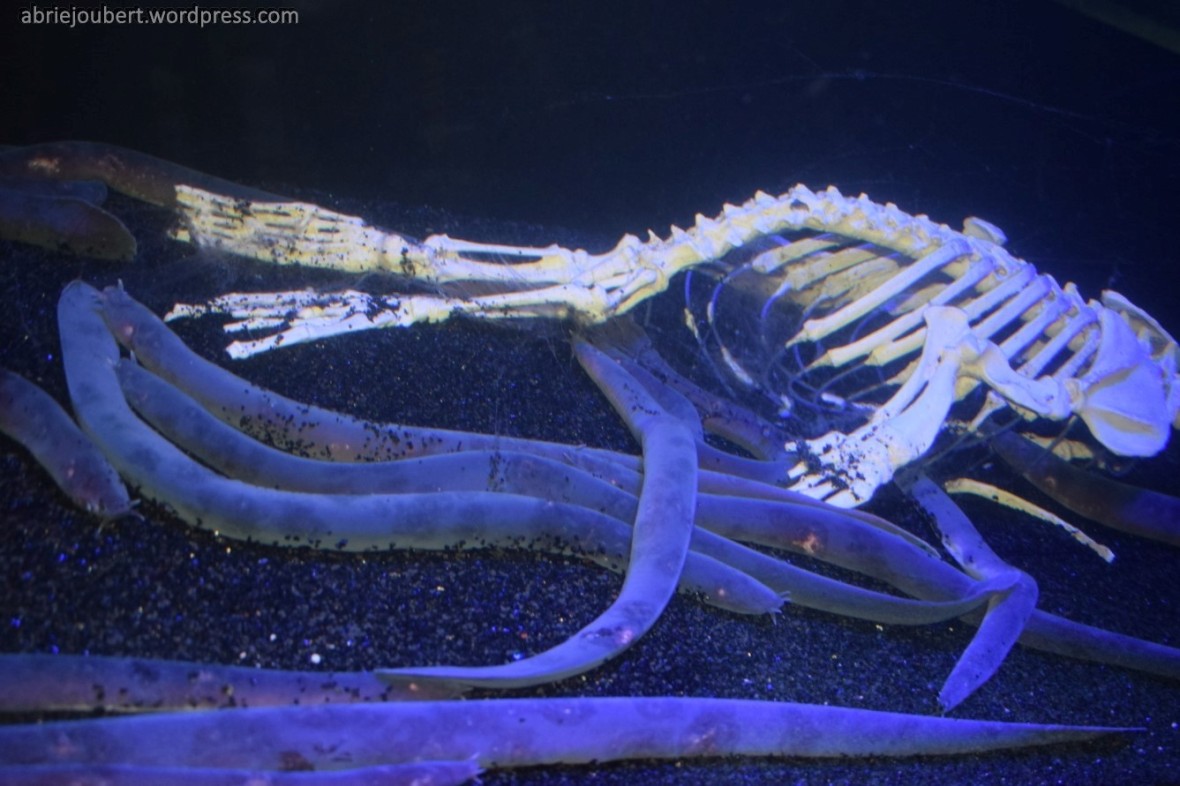 ⇓A lot of  alien creatures have been modeled on these giant crabs. Just look at that face and you will recall many a creepy movie (actually those alien monsters and this one were developed in this lab – shhh). 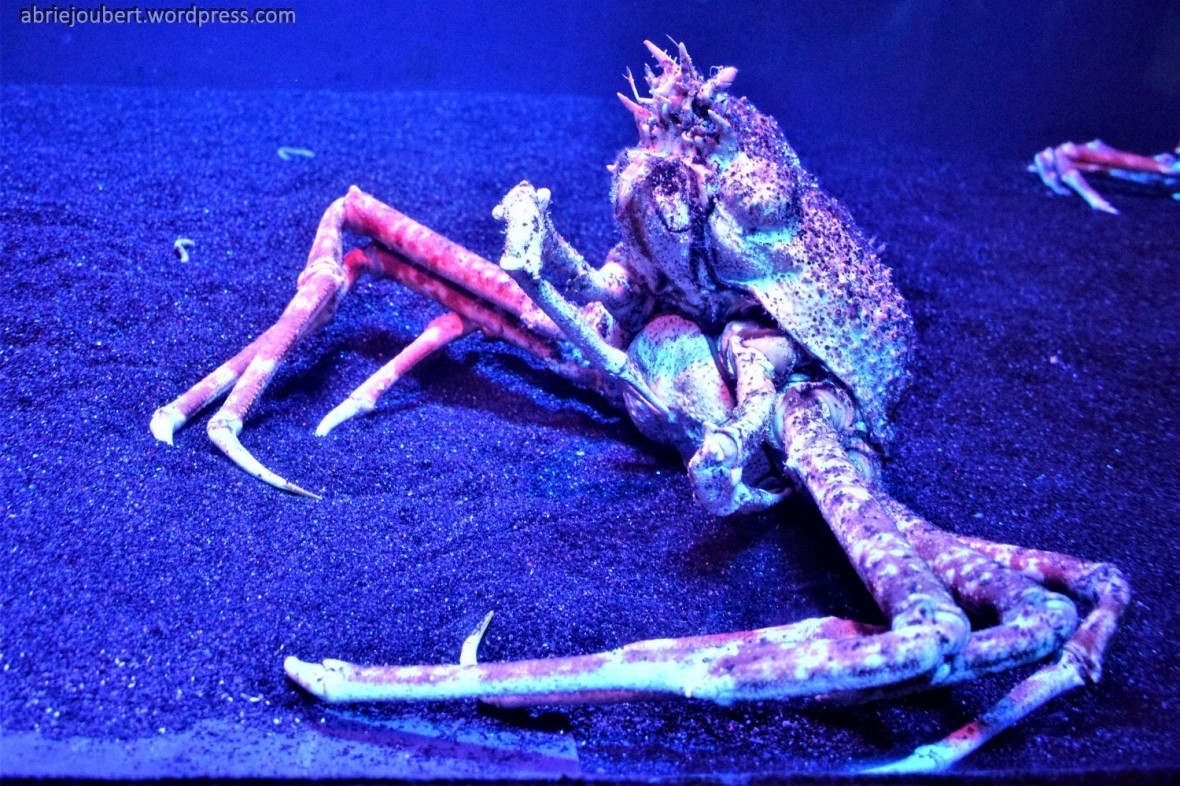 ⇓But Grandma why do you have 3 rows of teeth?  To better chew on your words of wisdom my child.

(It is probably a good thing I did not write the classic fairy tales).

⇓You get a ray of hope and then you get a stingily dangerous ray! 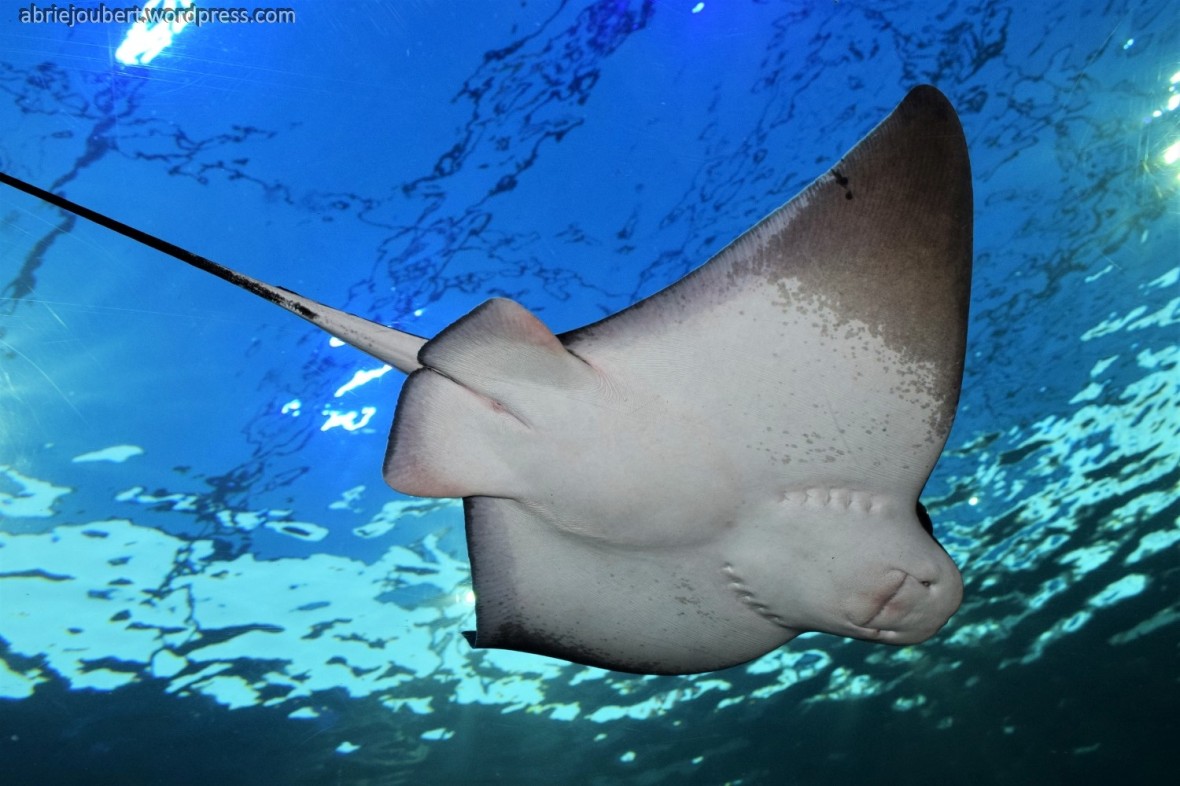 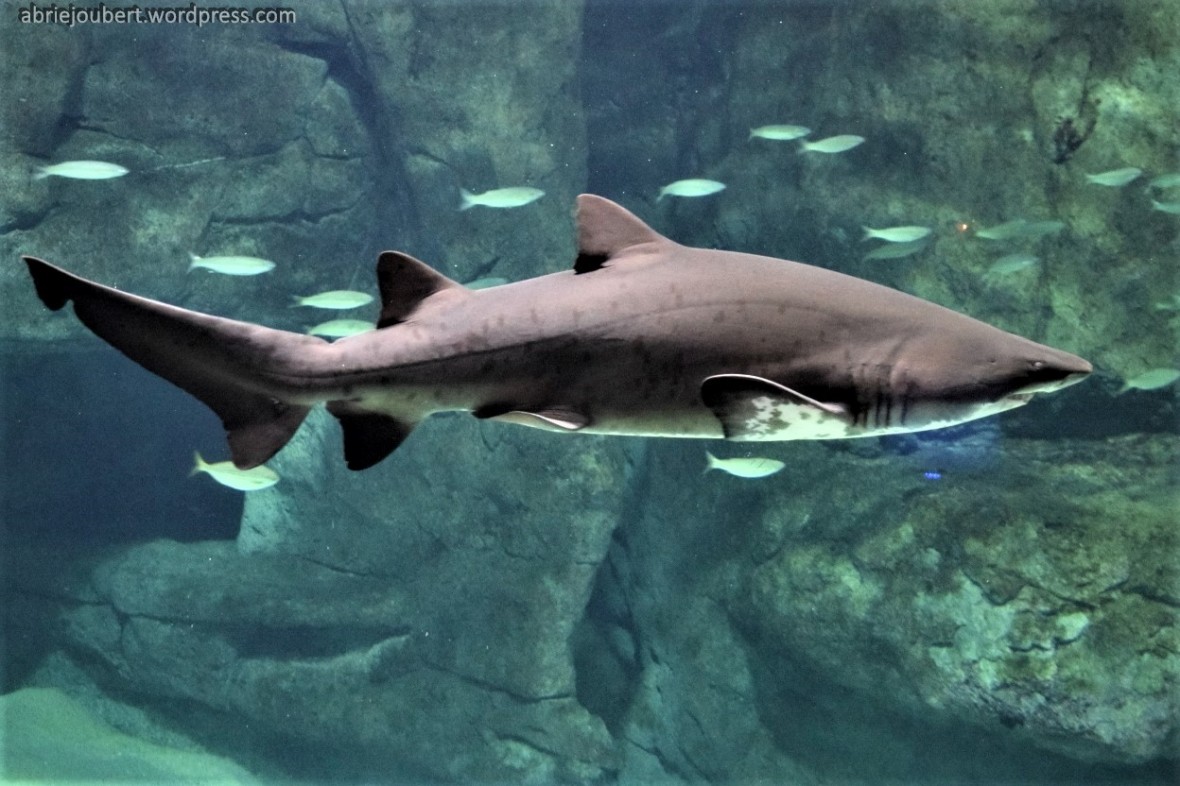 ⇓Somebody should probably warn the fish that it is being uhm … tailed. Oh no, just realized that I didn’t check if somebody was following me! 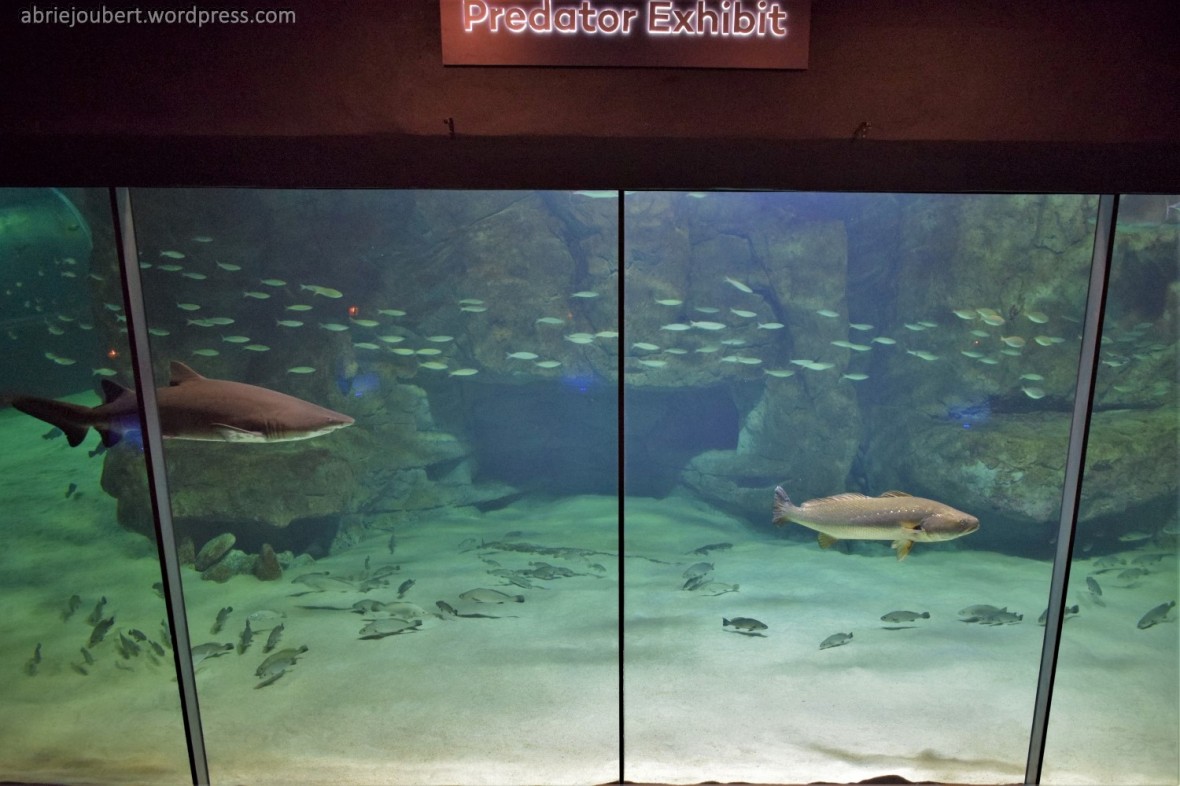 ⇓And then we are invited to jump into the exhibits – to join the efficient at what they do sharks! How creepy is that (also refer to the discussion on the sea eels above). And this is how they get subjects for their experiments (shh)! 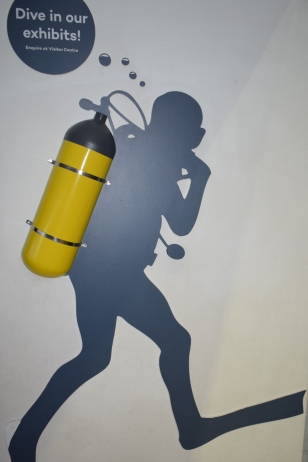 Last week our work year-end  function was held at the Two Oceans Aquarium in Cape Town, South Africa. It was one of the most FUNctions I had in a decade. As mentioned in the more philosophical post Emotive imagery – a love story,  imagery has the ability to influence me positively and the chance to photograph something I do not normally see was certainly fun. But all new things are fun – while standing in front of the Predator Exhibit, I mentioned to a colleague that this is an excellent time to test my newly acquired diamond cutter! Due to the wild look in the colleague’s eyes and extreme self control I refrained.

While there are certainly non-creepy exhibits I limited myself to the theme. You can find out more about the 2 Oceans aquarium at www.aquarium.co.za

You can also go and view the photos I took via an online album I created for the purpose.

32 thoughts on “Who you gonna call? (ghostbusters)”